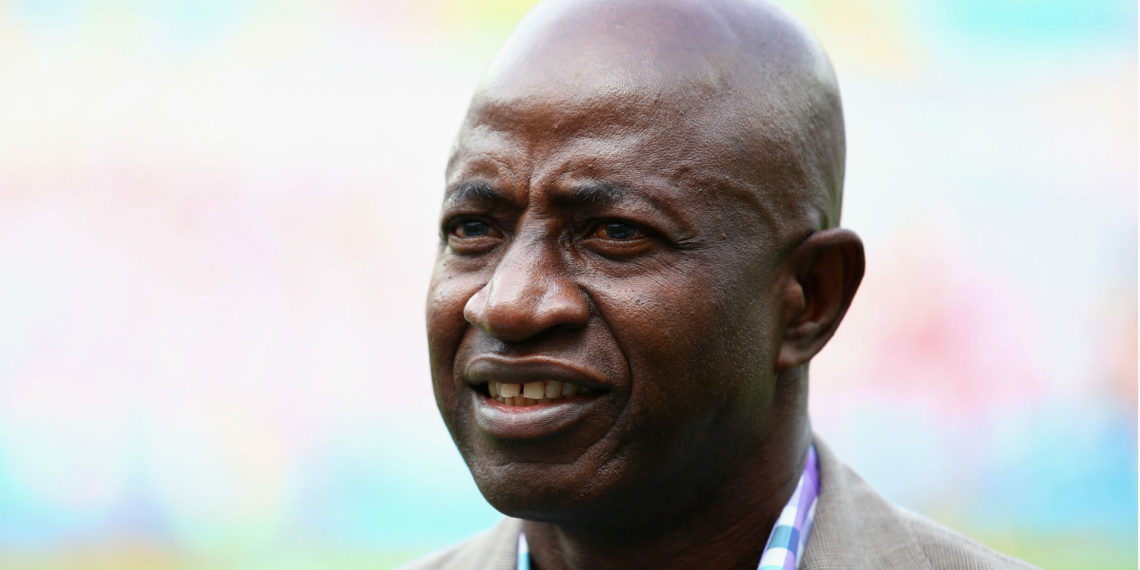 A former captain of the Nigeria national football team, Segun Odegbami has been selected as one of the recipients for Honorary Doctorate Degrees at the forthcoming graduation ceremony of the Federal University, Oye-Ekiti (FUOYE).

Odegbami, a key member of the Eagles when they won the first African Cup of Nations in 1980 on home soil is to receive an Honorary Doctorate Degree in Human Kinetics at the university’s 7th Convocation ceremony coming up in February

Odegbami has, over the years, been one of the shining examples of successful Nigerian sporting figures that have also excelled academically.

He earned the nickname ‘Mathematical’ having attended and graduated from Nigeria’s premier technical institution, The Polytechnic, Ibadan, where he studied Mechanical Engineering.

The talented winger, who is arguably one of the best players to don the country’s green and white jerseys, has other known academic accomplishments.

While he is understandably delighted at the honour set to be bestowed on him, Odegbami admitted it is a pleasant surprise for him.

“Even in an atmosphere of ominous dark, grey clouds, some sunlight shines through. “Odegbami began in a Facebook post announcing the well thought out gesture by FUOYE.

“A week ago, completely out of the blue, I received a call from an emissary, followed by an official letter from the office of the Vice-Chancellor of the Federal University, Oye-Ekiti, giving me the good news of the desire of the university to confer on me an Honorary Doctorate Degree in Human Kinetics at the university’s 7th Convocation ceremony coming up in February.

“I was going to keep it to myself but wiser counsel by a few friends that I shared it with prevailed. So, here I am, using this small medium to publicly acknowledge this offer,” he added.

Odegbami expressed profound gratitude to the Vice-Chancellor, Professor Abayomi Sunday Fasina, the Governing Council, the Senate, Staff and Students of FUOYE for finding him deserving of such an exalted honour.

“This is fuel to my spirit and my being. I shall continue to make my humble contributions to the fields of sports, society and humanity,” Odegbami concluded.

It is heartwarming that more Nigerian football stars are also warming up to academic degrees, with the likes of Wilfred Ndidi, Taiwo Awoniyi, Rasheedat Ajibade and many more celebrating academic accomplishments even while actively playing football at the top level.

Former presidential aide Enang reacts to his expulsion from APC