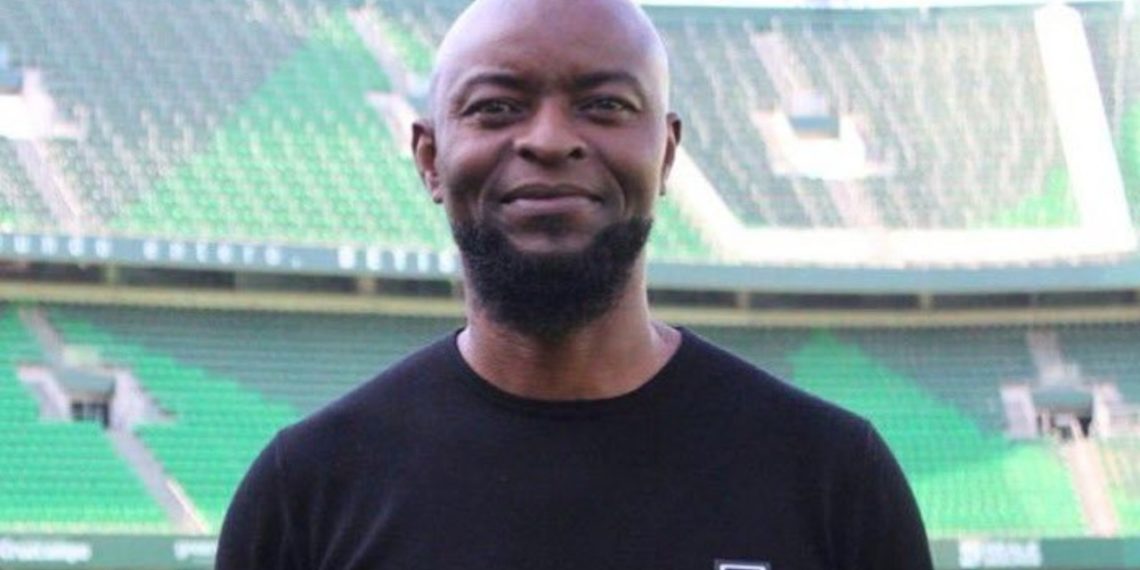 INTERVIEW: Enyimba will work on being consistent this season, says Finidi George

Finidi, in his first season with the Aba Landlords, won 15 games, lost 17 and drew seven times in 39 games, which amounted to a 3 per cent victory rate

Last season, former Super Eagles winger, Finidi George, tested the waters in coaching after acquiring his UEFA A licence and it was Enyimba that secured the services of the 51-year-old in September 2021.

Finidi, in his first season with the Aba Landlords, won 15 games, lost 17, and led them to seven draws in 39 games, which amounted to a 38 per cent victory rate. We could liken this to Enyimba’s worst season since 2016, where they finished 10th.

The coach endured critical and praise-worthy moments during a long season, in which Enyimba failed to make the top three.

The People’s Elephant finished seventh with 52 points on the table, four points less than Nasarawa United, whom they will visit on Saturday for their league opener.

Enyimba have since lost hotshot Victor Mbaoma to Algerian side, MC Algier. However, despite this and other factors, Finidi told PREMIUM TIMES that his goal this season is to ensure Enyimba are a more consistent side, with their style and form in Group A of the abridged league format.

PT: Last season, you tested the waters in the Nigerian League as a coach with Enyimba International of Aba. How would you describe your moments?

Finidi: Last season was my first season in the Nigerian Premier Football League and I had some good moments and some moments that were not so good. We didn’t have that consistency. Sometimes we would win two, or three games on a stretch and sometimes we would lose. If you don’t have that consistency sometimes, it becomes difficult in the second stanza and that was what happened.

PT: What are the things you learnt from your performances last season, mistakes, and positives?

But someone can take a lot of positives from last season’s performance and try to work on the negatives this season and it was a good experience for me.

PT: Enyimba failed to make the top three, which denied you a continental spot. What will you do differently this season?

Finidi: It was a disappointing season for Enyimba, and myself as well because we didn’t get the continental ticket and we did all we could. We started very well and I think along the way we slipped and that affected us by qualifying for the continent. It was a sad one for me and Enyimba.

What I would have done differently? Not much. I think the commitment was there from my side with a lot of players, but we didn’t get the job done and we have another opportunity now to get it right. I’m just focusing on what I have to do this season. The last season, by the way, is gone. We can’t complain about it. We know what happened; it was a bad season, and we accepted it. We will work harder to get the job done this season and get Enyimba back to the Continent.

PT: About the club’s recruitment, how prepared is Enyimba to challenge clubs like Plateau United, Kwara United, Remo Stars, and others?

Finidi: Recruitment! We aren’t short of players. Even last season we played good football but we weren’t consistent and that was where we got it wrong, but if you want to talk about competing with those players. I think Enyimba gave a good account of themselves. We came up against the likes of Remo Stars, Plateau United, and even Rivers. We gave a good account of ourselves, but like I said, we weren’t consistent throughout the season.

Sometimes we will have a good run, but somehow we flop a bit, and that really affected us. This season, we will try to be consistent throughout the season. By doing so, we will get to the continent. The aim is to get to the continental and work towards that and see if we can get there.

PT: The abridged format; do you trust the style to bring out the best of home-based players?

Finidi: Abridged league or normal league, it’s just for the players to compete. It doesn’t matter what you call it. You have to go against the best you know if you want to win the league. It doesn’t really matter what you call it, but how the players are prepared and ready to compete. We all watch the World Cup and if you will win the World Cup, you will have to play against the best. You can’t shy away from playing the best team.

We won’t shy away and I think we will compete this season and see how it goes. But I believe in my players and I believe in the team, and the capability they have to get the job done. I’m not that worried about us to showcase ourselves and what we are capable of.

PT: What’s the state of mind of the players and the coaching crew?

Finidi: The players are ready to perform. It doesn’t matter who we are playin against, the focus is to go out there and compete. We won’t underrate any team.

We will come out and do our best regardless of the broadcast. The mentality is going to be the same whether we have a TV broadcast, fans or not. The mentality is to go out there and compete and win the game. Is it going to be easy? No! But we have to work for it and fight to achieve something and I think the players are ready to go and they have been waiting for this moment. We might have that luck and, God willing, we will come out victorious.

PT: You complained during one of the oriental derbies against Heartland last season about referee incompetence; do you think TV broadcasts will reduce such acts?

We will see what we are capable of doing this season and what happened last season is gone. We will be focused on this season, our first game, and see if we can match this team well and win games. About last season, I can’t complain, you as a journalist you know what to do. You know what you saw last season and want to talk about it. It’s up to you, not from me as a coach. I’m just focused on what my boys will do this season.