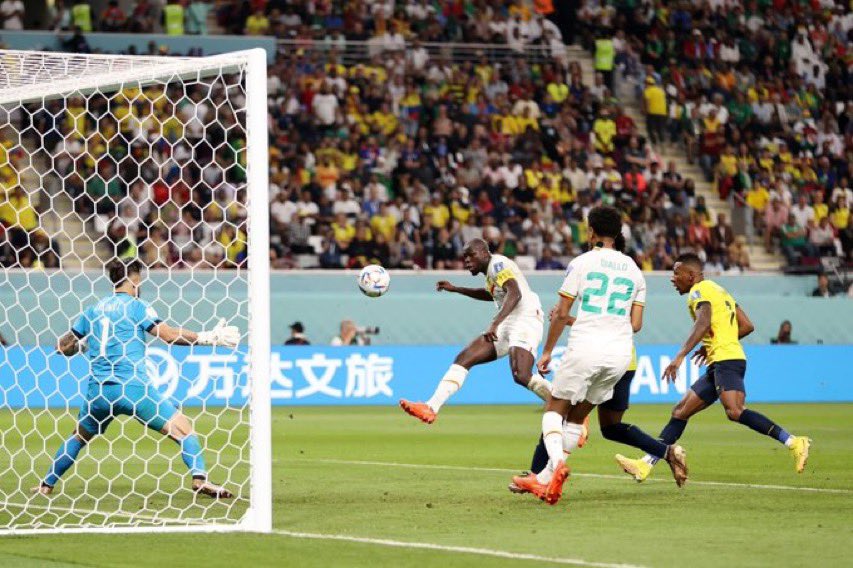 Captain Koulibaly scored what proved to be the winning goal in the 70th minute.

The Teranga Lions of Senegal and the Netherlands have both qualified for the knockout phase of the World Cup from Group A after winning their final group games on Tuesday.

While Senegal battled to a 2-1 win over a hard-fighting Ecuadorian team, the Netherlands affirmed their qualification for the Round of 16 with a 2-0 thumping of host Qatar.

However, the reigning African champions gave an instant response as captain fantastic Kalidou Koulibaly scored what proved to be the winning goal in the 70th.

Koulibaly replicated the feat of Senegalese Legend and current coach of the Teranga Lions, Aliou Cisse after sealing the knockout berth as Senegal become the first African Country to progress to the Round of 16 in Qatar.

For the other game between the Netherlands and Qatar, the goals for the Dutch team were scored by the rave of the moment, Cody Gakpo and Frenkie de Jong.

The goal by Gakpo was his third in as many games at the ongoing tournament in Qatar.

Senegal started well, leaving no stone unturned in their bid to get maximum points against Ecuador. Three minutes into the game, Ismail Jakobs squared a cross to Idrissa Gueye who fired a clear attempt on goal wide.

The Teranga Lions were the more formidable side in the first 20 minutes of the game. Boulaye Dia also failed to break the deadlock in the ninth minute after firing wide.

Three minutes later, it continued in the Lions’ way but Ndiaye failed to send his curling shot on target.

Senegal did experience a similar fate in the 24th minute with Ismail Sarr’s shot deflected to a corner.

But Sarr’s effort to get his side a goal before the halftime break came through after the Watford forward was infringed by Piero Hincapie in the box and the French referee, Clement Turpin didn’t hesitate to point to the spot for a penalty.

Sarr calmly slotted the ball into the net to break the deadlock in the 44th minute.

Senegal keeping the tempo of the game would have scored the second on the cusp of the first half as Jakobs’ counter pass went directly to Iliman Ndiaye who couldn’t complete his dribble past Felix Torres who kicked the ball to a corner.

The Teranga Lions began the second half cautiously not to let in goals like they did against the Netherlands.

Ecuador, on their part, were looking for an opening and they got their first shot after 10 minutes of play.

However, the Tricolor got their first shot off target in the 58th minute after Estupinan’s cross was headed by Estrada.

The Tricolor knowing that they only have a few minutes left in the competition equalised to cancelled Senegal’s first-half goal through Moises Caicedo who slotted in Felix Torres’ flick past Eduoard Mendy in the 67th minute.

Three minutes later, the joy of staying in the World Cup was short-lived as the Senegal captain, Koulibaly reacted to a six-yard ball that fell from Felix Torres’ shoulder to score his debut international goal for the Lions.

Though there were over 20 minutes of action after Koulibaly’s goal, the game stayed on 2-1 in favour of Senegal, who finished with six points in Group A and would now face whoever finishes top in Group B.

Already eliminated even before their final group game, Qatar’s woes were compounded by the Dutch who hammered the hosts 2-0.

Frankie De Jong sealed the win five minutes into the second half as the Dutch finished top in group A with seven points.