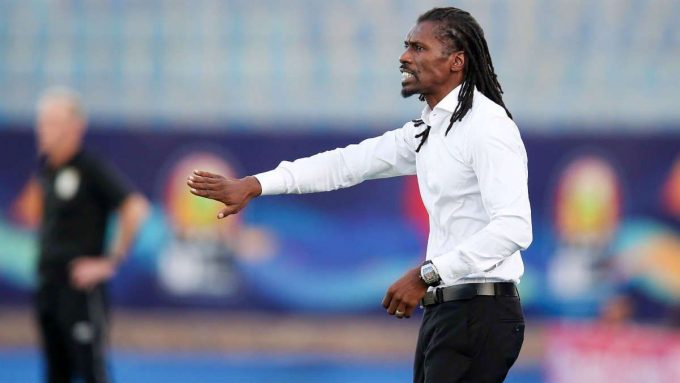 The Teranga Lions coach has opted to drop the trio of Famara Diedhiou, Krepin Diatta, and Nampalys Mendy to the bench

Senegal Coach Aliou Cisse has ringed changes in his team for Tuesday’s final group game against Ecuador at the ongoing World Cup in Qatar.

After the opening-day defeat to the Netherlands, the Teranga Lions roared to a 3-1 victory over hosts, Qatar in their second group game.

However, qualification for the Round of 16 is far from secured for the reigning African champions who still need three vital points to pull through.

In this light, the Teranga Lions coach has opted to drop the trio of Famara Diedhiou, Krepin Diatta, and Nampalys Mendy for Iliman Ndiaye, Pathe and Pape Alassane Gueye.

With four points to their name having forced the Netherlands to a 1-1 draw in the last outing, Ecuador have a slight edge ahead of Senegal knowing they will progress to the knockout phase of the FIFA World Cup for only the second time – after 2006 – if they avoid defeat.

This is Ecuador’s first-ever clash with Senegal and indeed the first against an African country at the World Cup so there is little or nothing to point to as their antecedence.

For Senegal, they have been some sort of experience; playing two different South American teams in past editions of the World Cup.

Their two previous encounters, both also in the final group game, yielded a 3-3 draw with Uruguay in 2002 and a 1-0 defeat by Colombia in 2018

Victory for Senegal on Tuesday would see them record their highest tally of points in a World Cup group, six, beating their previous best of five in 2002.

With their talisman Sadio Mane missing in action owing to injury, many have commended the Teranga Lions for soldering on without the reigning African Player of the Year.