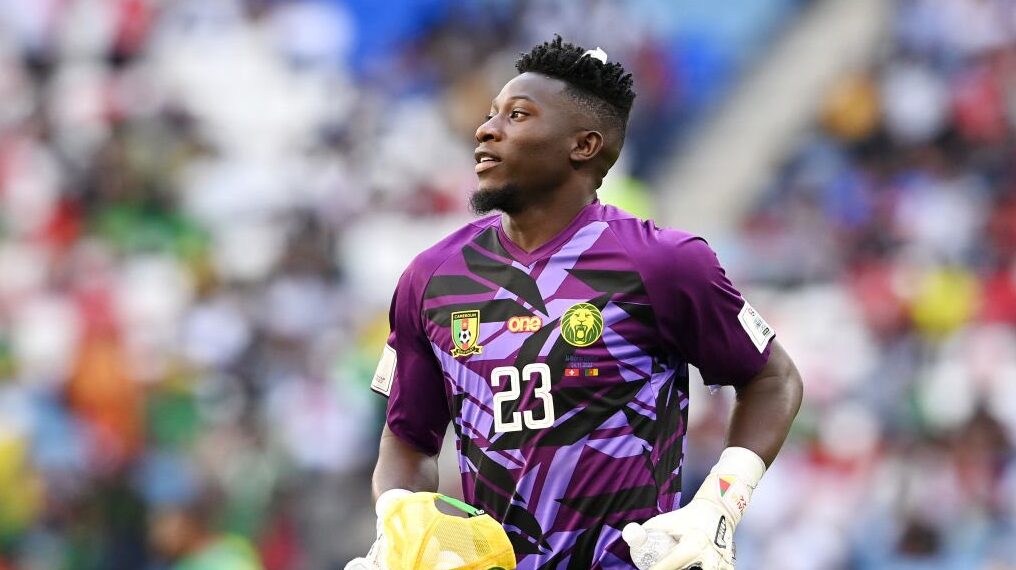 Onana according to the official statement, was temporarily suspended from the national team for disciplinary issues.

Cameroon’s football federation (Fecafoot) has declared its support for the suspension of goalkeeper Andre Onana from the ongoing World Cup in Qatar.

According to an official statement issued on Monday and signed by the federation’s Secretary General, Blaise Djounang, Onana was suspended by the Indomitable Lions coach Rigobert Song.

Onana was temporarily axed from the national team for disciplinary issues.

“The Cameroon Football Federation reiterates its full support to the Head Coach and his entire staff as they implement the Federation’s policy aimed at preserving discipline, solidarity, complementarity and cohesion with the national team” the statement read in part.

“FECAFOOT further affirm its commitment to create a peaceful atmosphere for the team with adequate facilities for an outstanding performance,” it added.

As reported by the BBC, there are insinuations Onana and Song are not on the same page as far as tactics for the Indomitable Lions are concerned.

Onana’s regular venturing out of his box doesn’t sit well with Song, but the goalkeeper is not ready to adapt to the preferred tactics of the 46-year-old manager.

The former Ajax Amsterdam star had more touches (61), some far from his penalty area, than any other goalkeeper at the World Cup against the Swiss.

“He is an important player, but we are in a difficult tournament,” Song told reporters when he was confronted with the Onana issue just after the thrilling 3-3 draw against Serbia.

“I know what I have to do, and that is to ensure that the team takes precedence over any individuals.

“Andre wanted to step out and we accepted that position. In a squad, discipline is important.” Song added.

Onana who started all of Cameroon’s games this year, having served a nine-month doping ban last year, was conspicuously missing even on the bench during Monday’s tie against Serbia.

With 35 caps for Cameroon, Onana now plays his club football with Inter Milan, who he joined on a free transfer this summer following his time at Ajax.

He started the season behind the veteran captain Samir Handanovic but has established himself as Inter’s No 1 since October, featuring in the last seven league matches before the World Cup break.