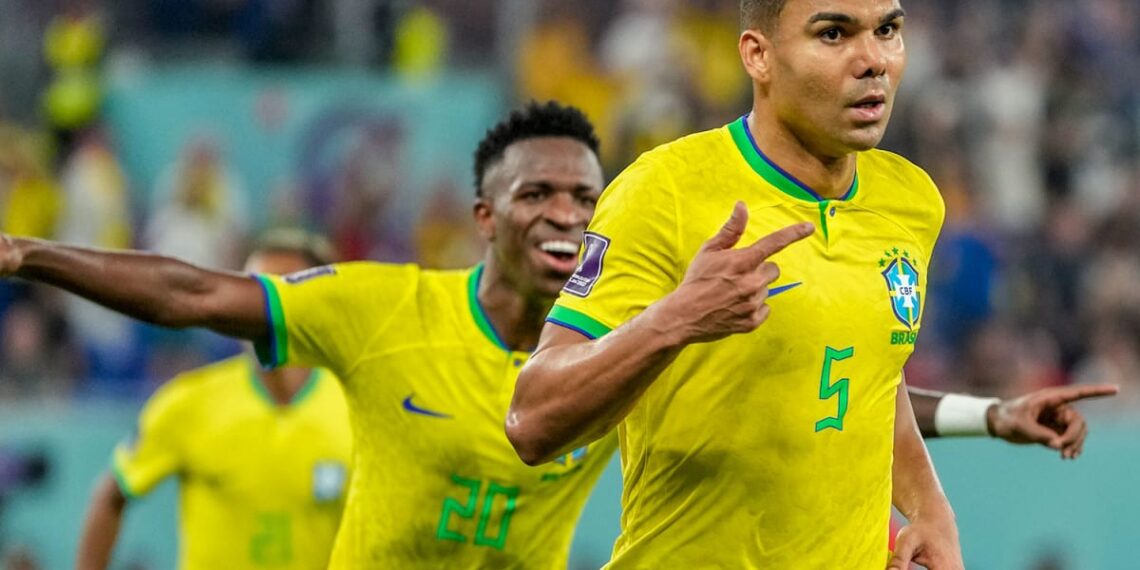 Casemiro got the all-important goal that ensured Brazil remain in the hunt for their first World Cup title in 20 years.

Brazil are through to the Round of 16 of the ongoing World Cup in Qatar after battling to a lone goal victory over Switzerland in their second group game on Monday.

The Samba Boys toiled for 83 minutes before finally getting what proved to be the winning goal against Switzerland.

Casemiro got the all-important goal that ensured Brazil remain in the hunt for their first World Cup title in 20 years.

Monday’s clash got off to a feisty start with Switzerland and Brazil committing at least five fouls inside the first five minutes.

The Swiss duo of Fabian Rieder and Silvan Widmer as well as Casemiro were the early offenders.

Widmer had the first go at goal for the Swiss team in the sixth minute, but his right-footed shot from a difficult angle was well-taken care of by the Brazil defence.

With both teams marking themselves fiercely, chances were few and far in between.

However, Vinícius Júnior had a chance in the 27th minute but his right-footed shot from the centre of the box was saved in the bottom left corner.

Having settled into the game, Brazil continually craved better openings for themselves but they were unable to break the deadlock.

Raphinha and Thiago Silva had decent chances but it was to no avail as the Swiss held on for a barren draw in the first half.

Having finished the first 45 minutes strongly, Brazil continued from where they stopped and they thought they had gone in front in the 64th minute through Vinícius.

But after a VAR check, the goal was chalked off and the Swiss team were understandably happy.

The Samba Boys pressed on and Marquinhos came close in the 70th minute but his header from the centre of the box missed the target.

With the clock ticking away, Brazil coach Tite opted for changes up front as he removed the duo of Raphinha and Richarlison for Antony and Gabriel Jesus.

The duo brought in fresh vigour and it was not too long before Brazil’s solitary goal came.

Rodrygo provided a pass for Casemiro who expertly wiped in the ball to the admiration of all.

While Brazil had a chance to double their lead, they held on to the slim win that has seen them qualify for the Round of 16 with a game to spare.

For the last group games, Brazil will face Cameroon while Switzerland have a tricky clash against Serbia.