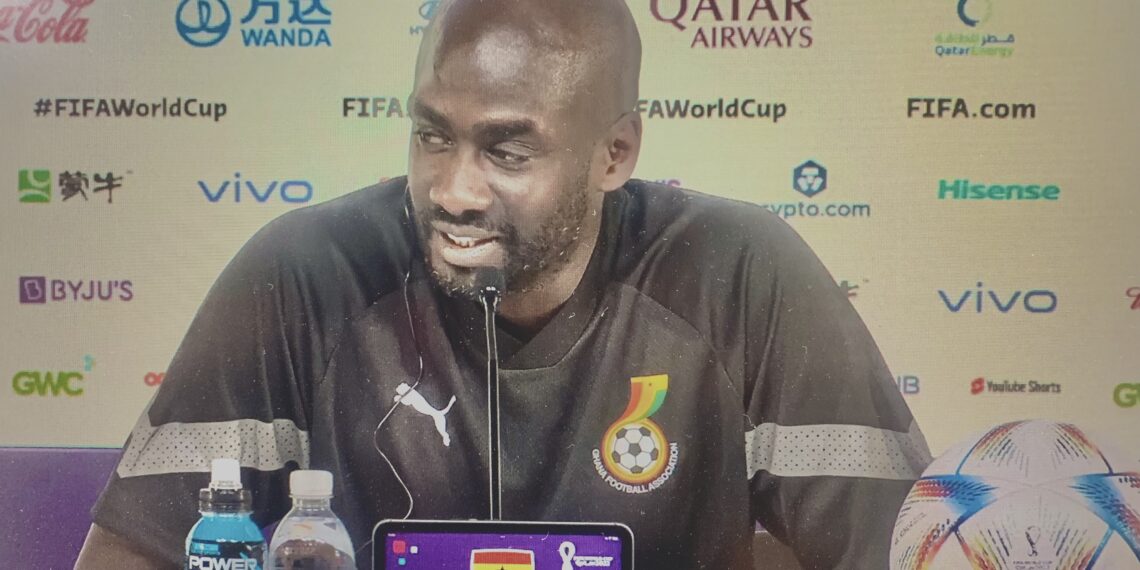 Ghana’s Black Stars need a win to stay in contention for getting to the next round when they face South Korea on Monday at the Education City Stadium.

Coach Otto Addo believes the Black Stars still have a great chance of qualifying from Group H despite the matchday 1 3-2 defeat to Portugal.

“At the moment, it looks like Portugal, but if they had been a little bit unlucky, we could have drawn with them,” Coach Addo revealed in his pre-match press conference at the Qatar National Convention Centre on Sunday.

“So you see, anything is possible. Uruguay is good, also South Korea. It is an equal group-anything can happen and there might be surprises. At the moment, it looks like Portugal is ahead of the group.”

When asked what memories the Ghana team holds against the Uruguayans, who through Luis Suarez’s blatant handball denied Ghana a semifinal place at the 2010 World Cup, Coach Addo said his focus and that of his team is only their next match, which is against South Korea.

The coach promised his team will display the same passion they showed against Portugal. “This is the big stage and everybody is hungry to play. Training is good, which makes it hard to make decisions on who to play.”

“The pressure to be a national team coach of the Ghana national team is not pressure compared to the pressure of looking for what to eat,” he reiterated when asked if he or his team was under pressure to win. “It is not about pressure on young players but about good players. I didn’t see any pressure. We were eager to play good and we did well.”

“We showed we could compete with them,” replied Coach Addo when he was told that Ghanaians believe the Black Stars over-respected the Portuguese team, especially in the first half.

“I know there was a lot of criticism because we made mistakes. It is a little bit funny sometimes that… let’s say, Baba Rahman, for example, yeah he made a mistake, but he also created our two goals. People like to pick this and that but I think in all it was very good. The boys did well and I hope we do it again and that there is a reward at the end.”

Whilst not revealing his plan for Monday’s encounter, Coach Addo praised his players for being fast in adapting to whatever tactic and plan he decides for the matches.

Ghana lost their first match and need to beat South Korea on Monday to ensure their fate stays in their own hands to qualify from the group. South Korea drew 0-0 with Uruguay in their opening match.