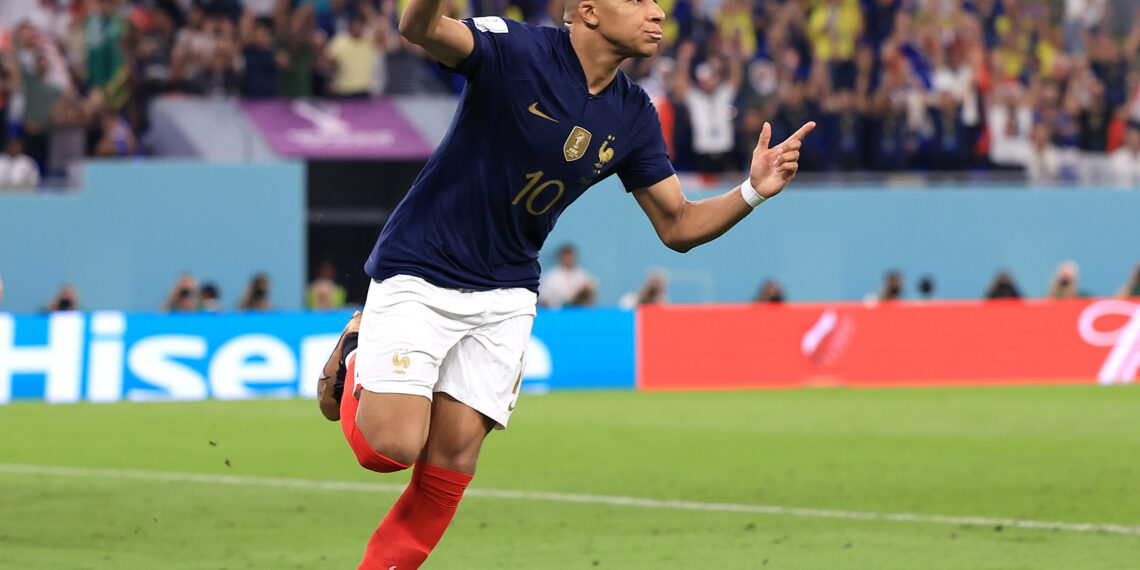 France stay on in their quest to become only the second country after Brazil to successfully defend their World Cup title.

France have emerged as the first country to qualify for the Round of 16 at the ongoing World Cup in Qatar.

The result ensures that France stay on in their quest to become only the second country after Brazil to successfully defend their World Cup title.

However, the Paris Saint-Germain star was on hand to complete his brace in the dying embers to ensure a place in the last 16 for France.

Despite their track record, Denmark were seen as a bogey team for France and it was the Danes who knocked the ball about in the early exchanges.

Unfortunately, Kasper Hjulmand’s side were unable to make their periods of possession count for the most part.

Mbappe should have given France the lead five minutes before the break but he fired over the crossbar after being picked out in the box by Dembele.

After a series of missed chances, France did finally get in front.

The defending champions’ lead, however, lasted only for seven minutes as a Christian Eriksen corner was flicked on by Joachim Andersen for Christensen to head home into the roof of the net.

The Danes took the game to France as they tried to snatch a win.

In spite of the Danes’ spirited efforts, Mbappe broke their hearts as he scored a late goal to seal France’s last-16 spot in the 86th minute.

The 23-year-old got in front of Rasmus Kristensen at the back post to meet Griezmann’s cross and deflect the ball into the back of the net off of his thigh.

Denmark must beat Australia to make the knockout rounds next week while France will be up against Tunisia on the same day.