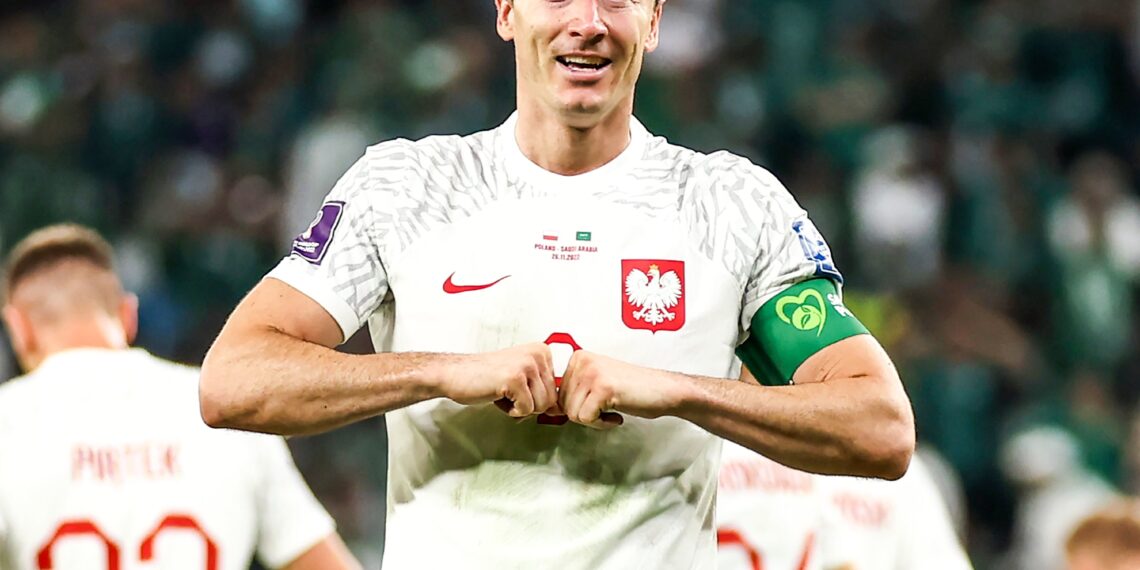 Giant-killers, Saudi Arabia, were beaten 2-0 by Poland on Saturday as the Group C of the World Cup continues to produce dramatic results.

The Eagles will have their captain, Robert Lewandowski, to thank for his assist and goal during in Saturday’s thrilling encounter.

After a draw against Mexico in their opener, Poland needed a crucial win to avoid being at a position of disadvantage when they face Argentina in their last group game.

Lewandowski assisted Piotr Zielinski in the 39th minute before he sealed Poland’s win with an 81st minute strike following a mistake from Abdulelah Al Malki that made the Barcelona’s striker swipe the ball past Mohammed Al Owais.

The game got started as soon as Brazilian referee Sampiano Wilton blew the whistle with Saudi Arabia’s Green Falcon getting to mount pressure on Poland.

After 10 minutes of play, Saudi Arabia player, Salem Al Dawari put up a test on Poland’s defence but Matty Cash cleared the attempt.

Four minutes later, Mohamed Kanno gave the Green Falcons their first corner after his shot was parried by Wojciech Sczcesny.

The first 20 minutes of the game saw Poland keeping the Saudis off bay.

However, Poland had their first clear attempt on goal after Krystain Beilik’s header from Piotr Zielinski’s corner was cleared by Saleh Al-Sheiri in the 26th minute.

Four minutes later, Saudi, who looked unperturbed after conceding a goal were awarded a penalty after Bialek infringed Al-Sheri.

But the joy for an equaliser was short-lived after Sczenesy saved Salem Al Dawsari’s spotkick and a follow-up attempt from Al Beilik a minute later.

The second half saw Saudi Arabia getting to provide themselves an equaliser. A chance for the Green Falcons from Kanno’s bicycle kick went off target seven minutes into the second half.

Sczenesy, however, denied the Falcons with a save to Al Dawsari’s shot after the striker had hijacked the ball from a polish defender.

At the hour mark, Saudi Arabia again failed to get an equaliser after Feras Al Birakan’s shot from Dawsari’s pass flew over the crossbar.

However, Poland got some respite in the game after Arkadiusz Milik’s diving header hit the left crossbar in the 64th minute. Two minutes later, Lewandowski’s header for his first ever World Cup goal hit the right crossbar.

The final 15 minutes saw Saudi Arabia pressurising the Eagles for what might be a last-minute equaliser.

Lewandowski’s effort to score a brace following a one-on-one with Al owais was cleared by the goalkeeper at the 90th minute.