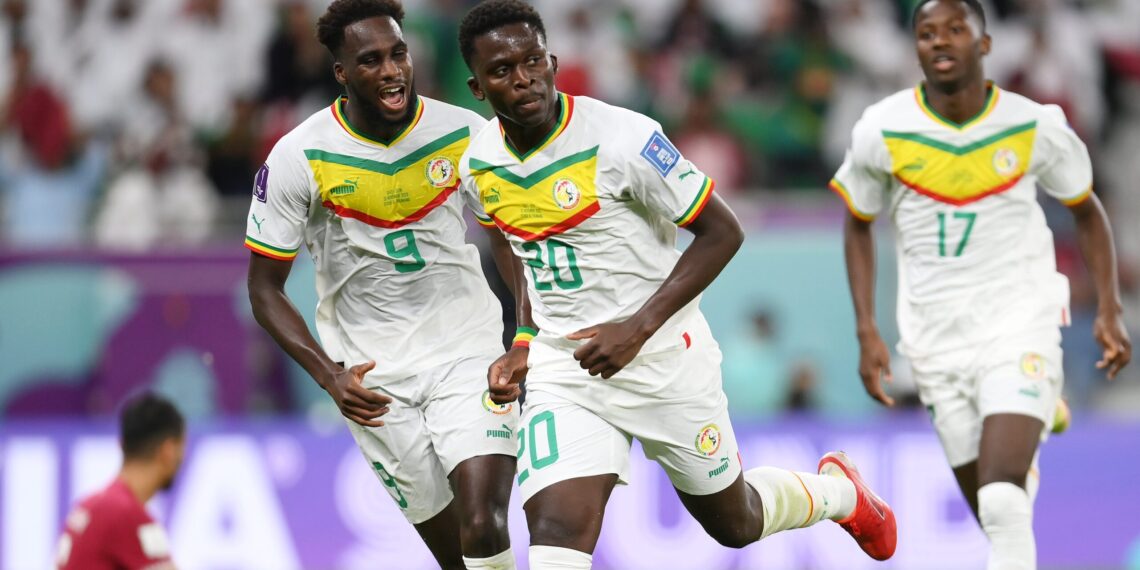 Hosts, Qatar, are on the brink of elimination from the World Cup after they lost their second game of the tournament on Friday against Senegal.

The Teranga Lions who lost their opening fixture against the Netherlands roared to a 3-1 win over the Maroon at the Al Thumama Stadium.

Boulaye Dia gave Senegal the lead in the latter stages of the first half and Famara Diédhiou doubled the advantage barely three minutes into the second half.

Qatar gave themselves some hope when Mohammed Muntari pulled one back for them in the 78th minute, but Senegal were quick to restore their two-goal lead as Bamba Dieng made it 3-1 in the 84th minute.

While there were six minutes of added time from the referee, there were no changes to the scoreline as Senegal held on to Africa’s first win at the 2022 World Cup.

Senegal predictably started out as the dominant team, as they were everywhere on the pitch seeking an early opening to exploit.

Despite dominating, Senegal failed to carve open the Qatari defence, who put up a better display than they did in their opening game.

But while it was looking like the first half will end with no goal, Dia pounced on a horrible error from Qatar centre-back Boualem Khouki who, attempting to clear in his own box, slipped and allowed the Senegal striker to bury it from 12 yards.

With elimination staring them on the face, Felix Sanchez’s side threw in all they had but were consistently denied by Senegal keeper, Edouard Mendy who stopped grand attempts from the duo of Almoez Ali and Ismaeel Mohammad in the second half.

Qatar’s persistence did pay off eventually, as Muntari then wrote himself in history books; scoring the Gulf country’s first World Cup goal, a fine 78th-minute header.

But Senegal never allowed for a comeback as they warped up victory in the 84th minute through substitute, Dieng.

Senegal will face Ecuador in their final group game while Qatar have another daunting task against the Netherlands.