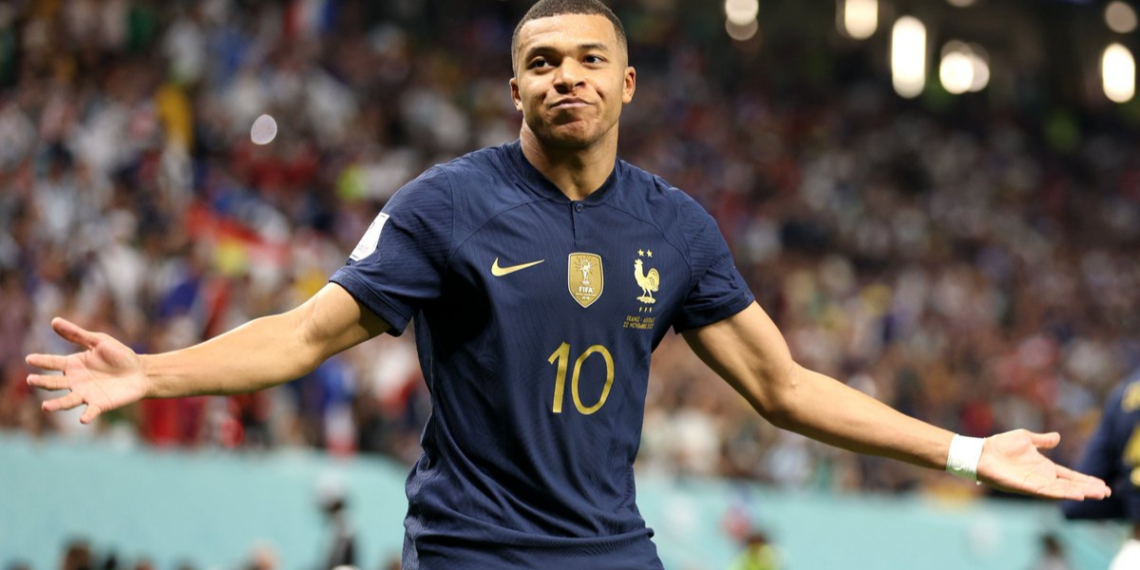 Kylian Mbappe scored one and assisted one for France against Australia

The early goal scored by Australia proved to be the needed tonic for France who bombarded their opponents afterwards.

Kylian Mbappe Tuesday night scored one and provided another assist as France recorded a 4-1 victory over Australia in their opening game at the Qatar 2022 World Cup.

Despite being rocked with a series of injuries to key players in the build up to the Mundial, defending champions France made a big statement with the comeback victory over the Aussies.

Tuesday’s outing was particularly a memorable one for Olivier Giroud who equalled Thierry Henry’s all-time scoring record for the national team with a brace.

Hoping to be just the second team in history after Brazil to successfully defend the World Cup title, the task has been made even more difficult for Les Bleus with the absence of a host of players in the build-up to the tournament.

That unfortunate list includes the likes of key striker Karim Benzema, Paul Pogba and N’golo Kante among others.

However France were able to make light of those setbacks with a thrilling attacking display after surprisingly going behind to an early goal in the first half.

It was Craig Goodwin who gave the Socceroos a shock early lead when he powered home a far-post finish after nine minutes.

That early goal proved to be the needed tonic for France who bombarded their opponents afterwards.

France’s firepower led by veteran Giroud and Mbappe proved to be a handful for the Aussies.

The AC Milan forward is standing in for Ballon d’Or winner Benzema who sustained a thigh injury in training.

Mbappe was quite lively and was continually a threat throughout and got his first goal of this World Cup when he headed in Ousmane Dembele’s cross after 68 minutes before turning creator three minutes later.

He delivered the perfect cross for Giroud to score with a header, equalling Henry’s record of 51 France goals in the process.

With the victory, France are dictating the pace in Group D with the maximum three points from their first game.

They will face Denmark in their next game while Australia have a tricky tie against Tunisia.

The Danes and the Carthage Eagles played a barren draw earlier and an identical scoreline was also recorded in the Poland vs Mexico match.