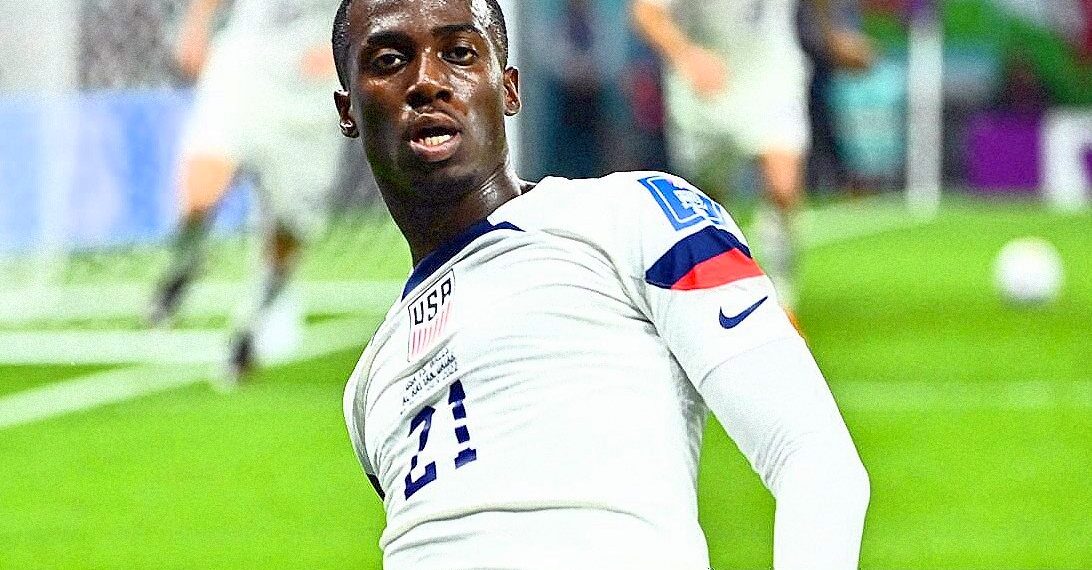 George Weah never graced the World Cup, his son, Timothy, scored for the US

George Weah’s prayer of playing and scoring in the FIFA World Cup has been answered in his son, Timothy, who scored for the USA against Wales

President George Weah ruled the football roost in his playing days, more famously for PSG and AC Milan, and to a lesser extent, Liberia. He is the only man to have won the African, European, and World Footballer awards in the same year. But he never made it to the World Cup stage.

The closest he came was in 2002, but Nigeria’s Super Eagles put paid to that ambition by one point.

But What King George failed or could not achieve, his son Timothy did on 21 November, 2022 with the USA.

Timothy started for the US men’s team against Wales at the Ahmed bin Ali Stadium in the second game of Group B. He started on the right side of attack, flanking Josh Sargent and Christian Pulisic and he scored his country’s first goal in the 36th minute-one his father would definitely have been proud of.

Timothy, who plays for Lille in Ligue 1, latched on to a thorough pass from Christian Pulisic, controlled and dinked the ball past Wayne Hennessey. The US fielded three dynamic midfielders in Captain Tyler Adams, Yunus Musah, and Weston McKennie, and they totally dominated the Wales midfield.

After the match, in the mixed zone, Timothy disclosed his parents were present at the stadium to watch him. “It was a dream come true. For every attacker; for every player, to score in the World Cup.and I did that tonight, in front of our fans, my teammates,and my family. Timothy added, “Both my parents are here- mum and dad are here,” he disclosed.

Wales got their equaliser in the 82nd minute from the penalty spot. When asked if the US were angry with themselves for conceding, Timothy said, “definitely not a missed opportunity-it is a World Cup game.

“We would have loved to get a win, but in the next match we will come with a different energy, different vibe. them playing five at the back definitely limited us,” he added. It was Timothy’s fourth international goal since he made his debut against Paraguay in 2018.

Two doctors freed by their abductors in Cross River