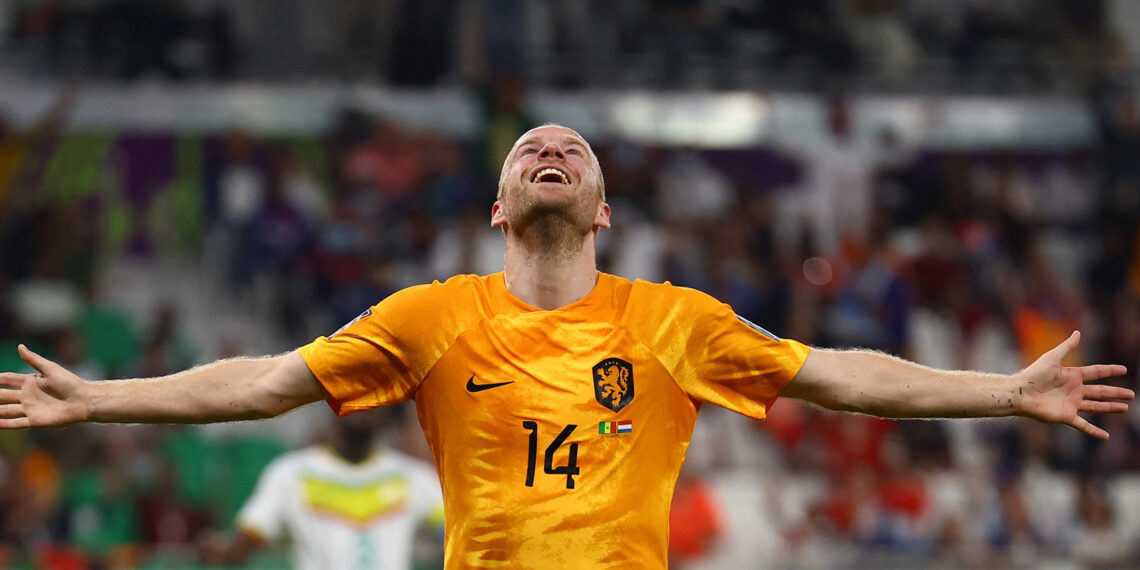 Senegal no doubt missed their talisman, Sadio Mane who was out injured as they failed to convert the chances that came their way

Reigning African Champions, Senegal on Monday night got off to a losing start at the 2022 FIFA World Cup in Qatar.

Late goals from Davy Klaassen and Cody Gakpo condemned the Teranga Lions to a 2-0 defeat in the hands of the Netherlands.

Having battled their Dutch counterparts to a barren draw for 83 minutes, Senegal capitulated when it mattered most; conceding two goals in the dying moments to finish on a disappointing note.

Senegal no doubt missed their talisman, Sadio Mane, who was out injured as they failed to convert the chances that came their way.

The Lions are now joint bottom with Qatar, who also lost 2-0 to Ecuador in their first match.

The two bottom teams will face off on Friday while the two top teams in Group A will also battle it out on the same day .

The Teranga Lions had a good chance for an early lead inside the first minute when Ismaïla Sarr gave a good pass to Boulaye Dia but his left-footed shot from the left side of the box was blocked.

Sarr was presented with another chance to give Senegal the lead in the ninth minute, but again, his left-footed shot from outside the box was a bit too high.

After a handful of early missed chances by Senegal, the Dutchmen soon settled into the game; creating some opening for themselves.

Daley Blind came quite close to breaking the deadlock with a header inside the centre of the box in the 17th minute but narrowly missed the target.

Two minutes after Vincent Janssen attempted a shot from outside the box but it was also blocked as Senegal defended stoutly.

The Oranje Men should have taken the lead in the 27th minute, but despite being unmarked, Virgil van Dijk’s header was way off the target.

The Senegal trio of Krépin Diatta, Idrissa Gueye and Denzel Dumfries all had chances one after the other, but none of the trio could find the back of the net.

Hard as both teams tried, the first half ended in a barren draw.

With the game evenly balanced in the first 45 minutes, both teams continued their search for the elusive opening goal in the second half.

Virgil van Dijk was presented with another opportunity in the 53rd minute, but his header from the centre of the box was just a bit too high.

Senegal continued to ask questions as Boulaye Dia with another right-footed shot from the right side of the box but saw his effort saved in the bottom right corner.

After being pressed back by the Senegal attackers for a long time, the Netherlands finally got the opening goal they had craved in the 84th minute.

Frenkie de Jong delivered a tantalizing cross into the Senegal box which was met by Cody Gakpo who headed the ball into the net before the onrushing Mendy could get to him.

Pape Gueye almost got Senegal back level almost immediately, but his driving low shot was tipped off for a corner kick.

While it appeared the solitary goal by Gakpo will be enough to seal the win, the Netherlands had time for one more goal deep into stoppage time.

Substitute Memphis Depay tried a left-footed shot from outside the box that was pushed out by Mendy but into the legs Clarkson who fired into the net to seal the crucial victory.