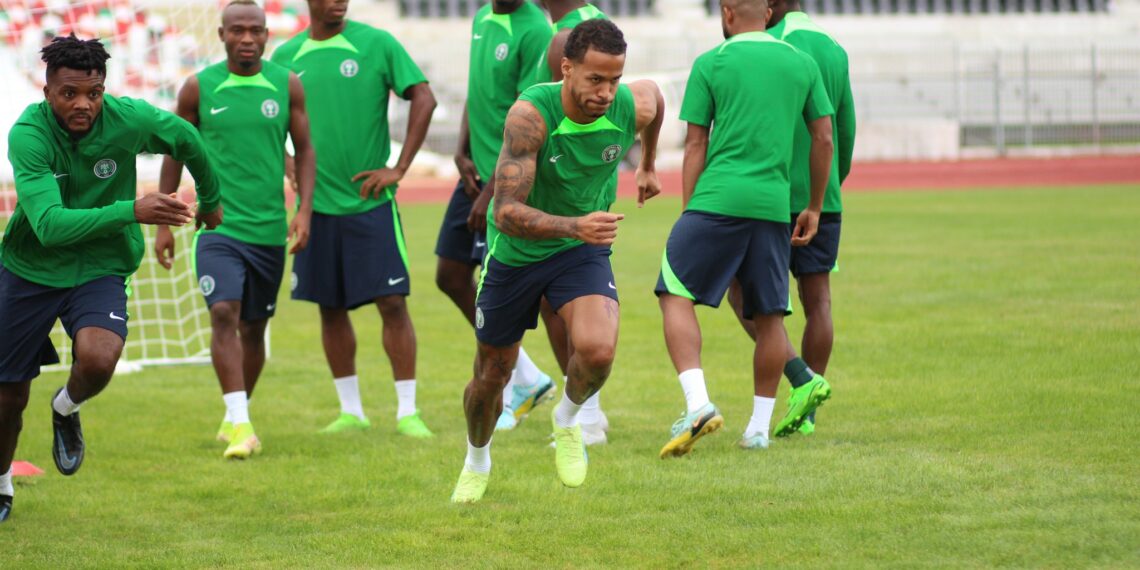 The Super Eagles camp in Lisbon is almost full with just one more player still being expected for Thursday’s international friendly against Portugal’s national team.

After holding their maiden training session on Monday, the Eagles will continue in their preparation for what looks like their last match for 2022.

Coach Jose Peseiro invited 23 players for the prestige friendly against his home country and as of Tuesday evening, only Villarreal of Spain, Samuel Chukwueze is still being expected in Lisbon.

Officials of the team have, however, assured Chukwueze would be in later tonight.

Two of the players originally invited-Olisah Ndah and Victor Osimhen pulled out of the friendly game with ‘injuries’ and the duo of Chidozie Awaziem and Dessers have replaced them.

Francis Uzoho, Maduka Okoye, and Adebayo Adeleye are the three goalkeepers in the camp.

In the midfield, the trio of Wilfred Ndidi, Oghenekaro Etebo, and Joseph Ayodele-Aribo are back alongside Frank Onyeka and Alex Iwobi.

Thursday’s encounter at the 50,000-capacity Estádio José Alvalade in Lisbon is the first-ever full international between Portugal and Nigeria.

Many expect an entertaining clash with Portugal heading to the FIFA World Cup finals in Qatar the following day and Nigeria eager to rebuild a formidable side after narrowly failing to make it to the Qatar 2022 World Cup.

Portugal, 1966 FIFA World Cup bronze medallists, and 2016 European champions should field their preferred starting 11, including five-time Ballon D’Or winner Cristiano Ronaldo and the likes of Bruno Fernandes to have a go at the Eagles.