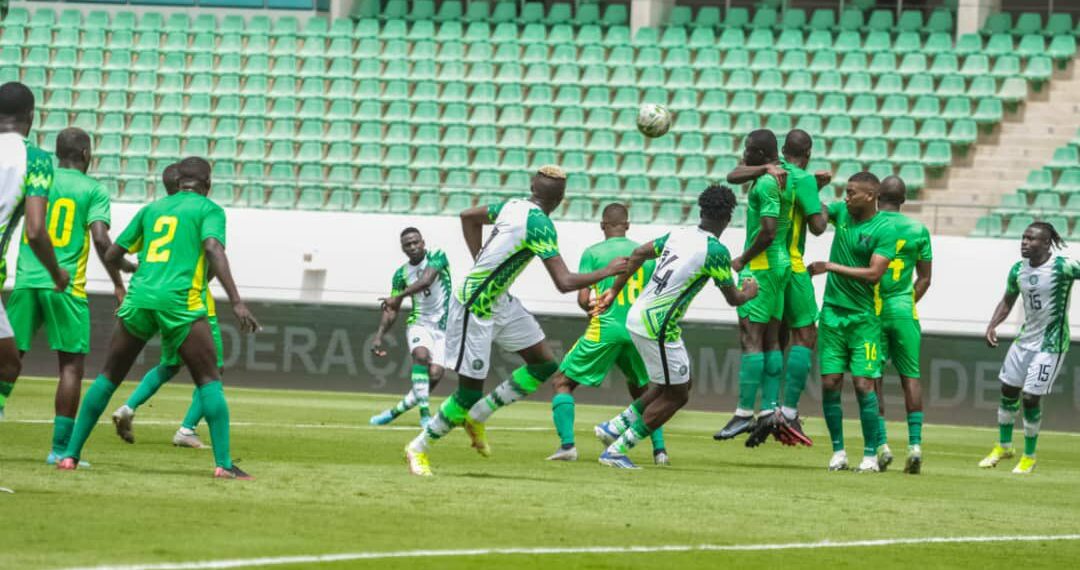 The Nigeria national football team dropped one step in the latest edition of the monthly FIFA rankings released on Thursday.

The Super Eagles, who were in the 31st position in the August rankings and fourth on the continent, dropped to the 32nd spot in the world while still maintaining their position amongst African teams.

As revealed by FIFA, 53 UEFA Nations League matches and 119 friendlies were played in the last international break before the FIFA World Cup Qatar 2022, with Nigeria’s Super Eagles also in action.

In the period under review, Jose Peseiro’s men were up against the Desert Foxes of Algeria, who beat the three-time African champions 2-1 albeit in a ‘controversial’ manner.

The victory secured by the North Africans saw them rise four spots to the 37th position.

Senegal, who are in the 18th position, remains the highest-ranked African team with Morocco and Tunisia following in the 22nd and 30th positions, respectively.

The other two countries that would represent Africa at the Mundial, Cameroon, and Ghana are in distant 43rd and 61st positions, respectively.

Brazil remains the highest-ranked team ahead of their bid for an unprecedented sixth World Cup crown in Qatar and the first in 20 years.

The Samba Boys, with their big wins over Ghana and Tunisia, extended their points lead over Belgium in second place.

Argentina, who are unbeaten in any competition since 2019, sit in third while defending champions France will go into this winter’s tournament as the fourth-highest ranked international team in the world.

The only change in the top 10 saw Italy and Spain swap places in sixth and seventh respectively, while the Netherlands, Portugal, and Denmark round out the top 10.

The breakdown by FIFA reveals that the biggest movers were teams who failed to qualify for Qatar 2022, namely Scotland (40th, plus 5) and Azerbaijan (123rd, plus 5)-both countries rose five places.

FIFA will publish the next rankings on 22 December 2022.