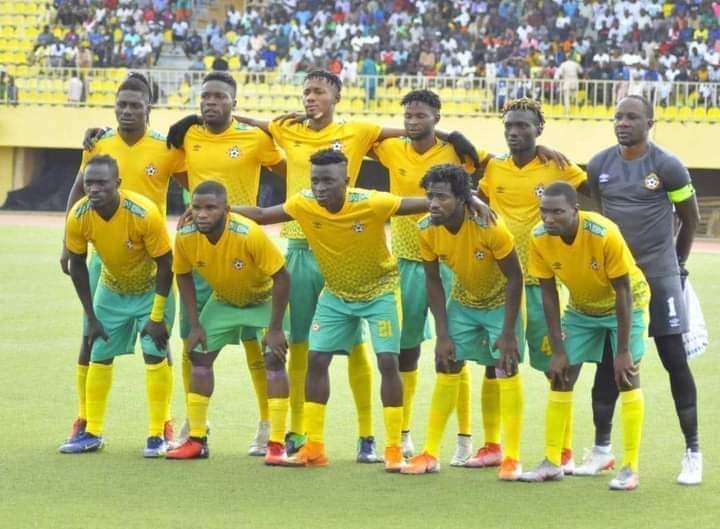 Kwara United Football Club has rounded up its preparations for the first Leg, first round match of the 2022/2023 Total Energies CAF Confederation Cup competition against Renaissance Sportive de Berkane of Morocco, billed for the Mobolaji Johnson Arena in Lagos, on 9 October 2022.

After eliminating AS Douanes of the Niger Republic in the preliminary round of the competition, the team has played a series of friendly matches to tune up for the game on Sunday.

Aware that the RS Berkane challenge is more crucial, the technical crew stepped up its training, especially in the backdrop of their resolve to qualify for the group stage of the second-tier inter-club competition in Africa.

The team left Ilorin for Lagos on Wednesday in continuation of its preparations, as the coaches expressed optimism that they will achieve the set goal of scaling the RS Berkane hurdle.

Nicknamed ‘The Oranges Boys’, RS Berkane was founded in 1938, and it is a professional football club based in Berkane, Morocco, that competes in Botola, the top flight of Moroccan football.

They are the current holders of the CAF Confederation Cup and Champion of Champions.

After the first leg at the Mobolaji Johnson Arena in Lagos on Sunday, Kwara United will visit Berkane, Morocco, for the second leg on Sunday 15 October, with the 10,000-capacity Stade Municipal de Berkane, Morocco hosting the match.

The winner over the two legs qualifies for the group stage. Just like the match against AS Douanes, Kwara United need to win and win well on Sunday, to reduce the pressure on the team in the return leg in Berkane.

The second preliminary round of the CAF Confederation Cup is scheduled for 7, 8, and 9 October for the first legs, and 14, 15, and 16 October, for the second legs.