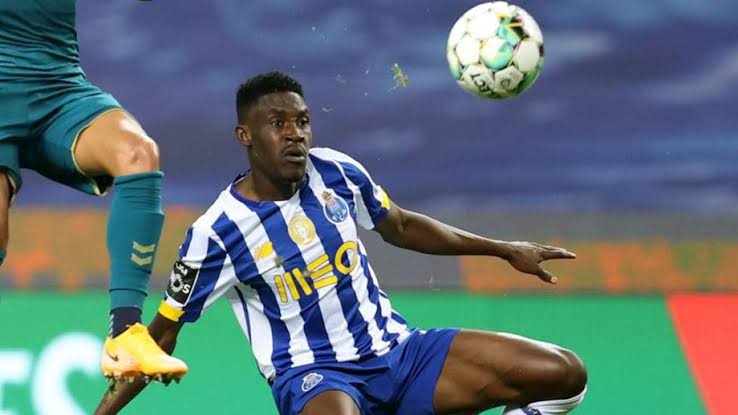 While it was joy for Sanusi and Onyedika, their compatriot, Calvin Bassey, had a nightmare outing with Ajax.

The first round of match day three matches of the group stage of the Champions League were decided on Tuesday, and for Nigerian players in the competition, the results were mixed.

At the Estadio do Dragao in Portugal, Super Eagles defender Zaidu Sanusi scored a goal as FC Porto got their campaign on track with a 2-0 victory over Bayer Leverkusen. It was Porto’s first points in the group stage.

The Portuguese champions had lost their first two group games and needed a good result from Tuesday’s outing to stay in contention.

The first 45 minutes gave little to cheer with two goals chalked off by VAR and a penalty kick missed by Patrik Schick for the visitors.

Fully aware a draw would do little or no good, Porto came out more determined in the second half and their improved approach paid off.

Sanusi broke the deadlock in the 69th minute with a header after racing almost the length of the pitch to get in position to connect with Mehdi Taremi’s cross. Sanusi had come on in the 63rd minute for Wendell. While it appeared the Nigerian defender’s goal would be the crucial strike, Wenderson Galeno effectively sealed victory with a second goal for Porto in the 87th minute.

The three points from Tuesday’s tie and the better goals difference have seen Porto move to the second position in Group B where Club Brugge are surprisingly dictating the pace with the maximum nine points from three games played so far. Brugge defeated Atletico Madrid 2-0 on Tuesday.

Super Eagles newbie, Raphael Onyedika, plays his club football for Brugge and he is already enjoying a memorable debut season in the Champions League.

But while it was joy and excitement for Sanusi and Onyedika, their compatriot, Calvin Bassey, had a nightmare outing with Ajax as a ruthless Napoli team hammered the Amsterdammers 6-1.

Even without the injured Victor Osimhen, Napoli condemned Ajax to their heaviest home defeat since 1964.

The Partenopei, according to Opta, also became the first Italian team to score 10 goals in the first three games in the group stage of the Champions League.

Interestingly, Ajax got the opening goal through Mohamed Kudus, nine minutes into the game.

While many thought the opening goal was a sign of what the Dutch giants had in stock, it was not to be as Napoli seized the initiative afterward and pumped in goal after goal.

First, Giacomo Raspadori got the equaliser for Napoli in the 18th minute. A towering header from captain Giovanni Di Lorenzo followed in the 33rd minute, which saw Napoli take a 2-1 lead. The lead was further extended just before half time by Piotr Zielinski.

Two minutes after the restart, Raspadori made it 4-1while two more goals from Kvicha Kvaratskhelia and Giovanni Simeone sealed the historic 6-1 victory for Napoli.

Ejlif Elmas almost had a seventh, scraping the frame of the goal, then Ndombele’s strike smashed against the underside of the bar.

Bayern Munich had a five-star show earlier, with a 5-0 annihilation of Viktoria Plzen.

Marseille hammered 10-man Sporting CP 4-1 while Tottenham Hotspur held Eintracht Frankfurt to a barren draw. The other match day three fixtures will be concluded on Wednesday.