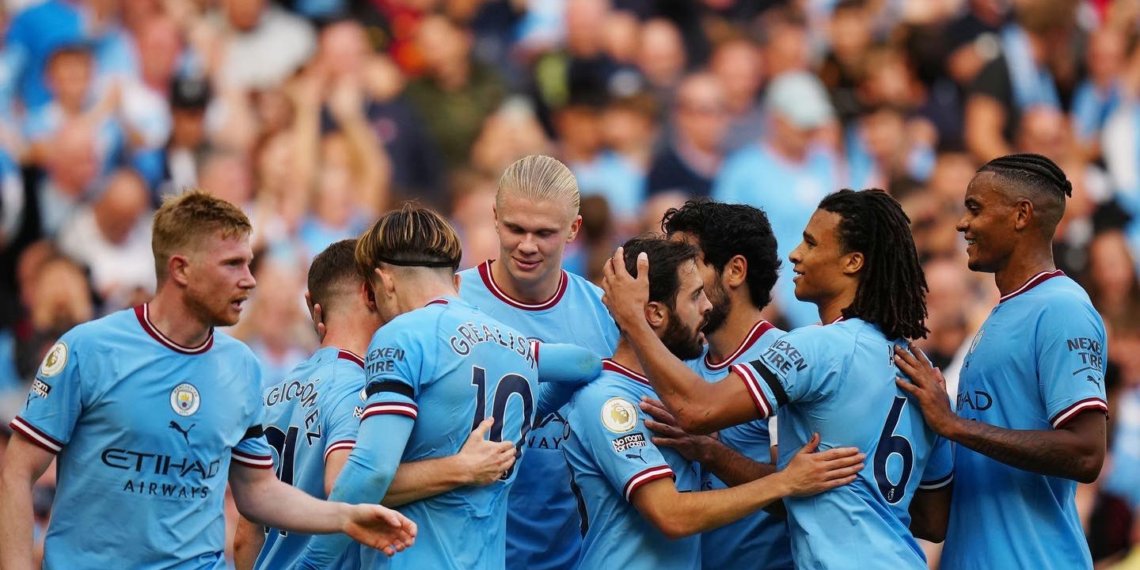 Erling Haaland on Sunday became the first player in Premier League history to score a hat trick in three consecutive home games as Manchester City breezed to a 6-3 win over United in the Manchester derby.

Haaland before Sunday’s ruthless performance against United had also scored three goals each in September games against Crystal Palace and Nottingham Forest as he continued his phenomenal run in English football.

City’s huge derby win was not all about Haaland, as Phil Foden also matched the Norwegian with a hat trick of his own-the first in his career.

Though United saved face with three second-half goals, it was not enough to save them from a big defeat against Pep Guardiola’s men.

Foden gave the hosts the lead after just eight minutes; utilising the low cross sent to him by Bernardo Silva.

Haaland then rose highest to head in a Kevin De Bruyne corner just after the half-hour mark.

The Belgian supplied another assist for the Norwegian again just three minutes later as United continued to fall apart.

Haaland was far from done as he turned provider just before half-time as he proved the assist for Foden to steer in his 50th goal for City in all competitions to make it 4-0 at the break.

United appeared ready to halt their free fall in the second half and 11 minutes after returning from the break, Antony scored with an outstanding long-range effort to make it 4-1.

But rather than United getting another goal, it was Haaland who was on hand to complete his hat trick as he guided in a Sergio Gomez cross.

Foden finished well when played in by Haaland to make it six, and although substitute Martial pulled two back, it was too little too late to change the outcome of the game.

With the comprehensive derby win, City cut the gap to league leaders Arsenal to just one point. The Gunners boast 21 points after eight games.

For United, they are sixth on the log with 12 points from seven games.