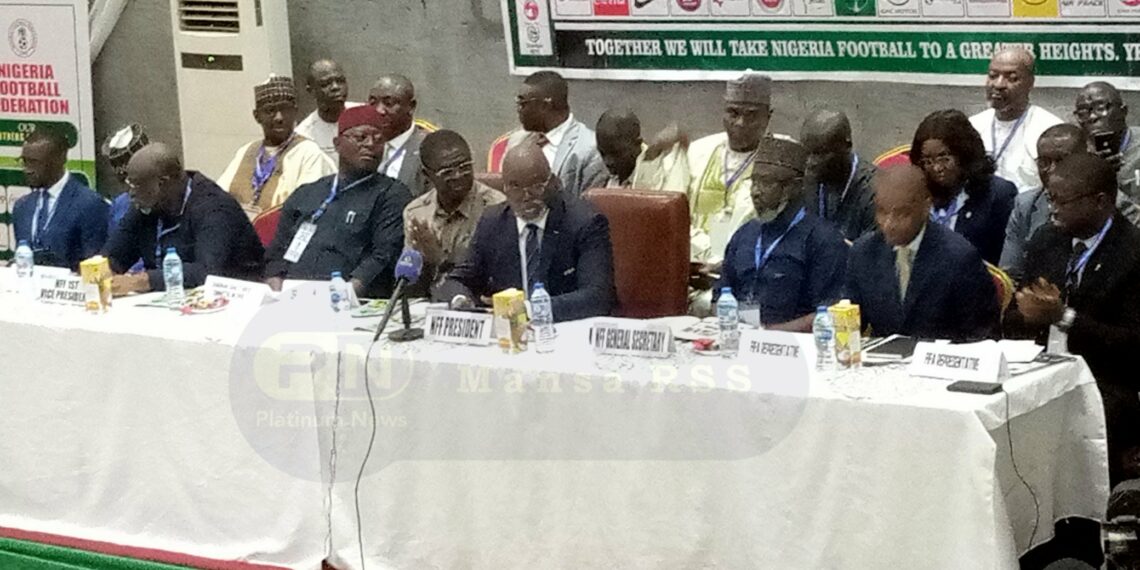 For the first time in the country’s history of football politics, two women made it to the NFF executive board at the same time.

The build-up to the Nigeria Football Federation’s (NFF) Elective Congress was fraught with uncertainty, with court cases and litigation threatening to derail the process.

All of that is now in the past, as the results of Friday’s exercise in Benin City, Edo State, have been announced and the winners sworn in.

As with elections, some candidates coasted to victory, while others were deflated, particularly those vying to represent their zones on the board.

For the first time in the country’s football history, two women made it to the NFF executive board, successfully disrupting what had been the norm for several years.

Even though there have been reports of vote buying and other unethical tactics, the voting process itself was open to all.

As the football family settles in and awaits what the future holds for the game now that new leaders have been sworn in, PREMIUM TIMES for the record recounts how Friday’s election played out.

How the President emerged

The Zamfara FA Chairman had secured the majority of the votes in the first ballot, defeating his closest rivals, former First Vice President and second Vice President, Seyi Akinwunmi and Shehu Dikko.

Already greeted with a series of late withdrawals by some candidates, Gusau polled 21 votes while Seyi Akinwunmi was in a distant second position with 12 votes.

Shehu Dikko came third with 6 votes while Peterside Idah had one vote.

Having failed to get over 50 per cent of the votes in the first round, a runoff was required. Before the runoff, Gusau’s closest rivals, Akinwumi and Dikko stepped down, but Idah persisted in the race.

The runoff proved to be a no-contest, as Gusau did a clean sweep with 39 of the valid 40 votes to one for Idah.

Ahmed Yusuf Fresh emerged as the Chairman of Chairmen after polling majority votes of 41 cast to emerge unopposed.

Margaret Icheen was elected from the North-central zone, edging incumbent Mohammed Alkali by 22 votes to 19 in a run-off.

Babagana Kalli polled 23 votes to pick the first slot for North East on the NFF board as Timothy Hinman defeated Sajo Mohammed 32 to nine votes in the re-run to book the second slot.

For the North-west, unopposed Sharif Rabiu Inuwa of Kano State polled 40 votes for a seat on the NFF Board.

The race for seats from the South-east zone was suspended on a technicality with no date set yet for the exercise.

In the South-south election, Essien Udofot and Nigerian Women Football League Chairperson, Aisha Falode, emerged with 19 and 13 votes respectively to book their places on the board.

For the South-west, Sunday Ajayi and Ganiyu Majekodunmi sealed their places on the NFF Board after they both polled 12 votes each.

Gafar Liameed with seven votes and Afolabi Taiwo Olugbenga with four votes failed in their bid to get into the board as they finished in third and fourth positions, respectively.

According to the NFF, three officials of the world football-governing body, FIFA: Gelson Fernandes, Solomon Mudege and Ahmed Harraz were on hand to observe Friday’s Elective Congress.

Felix Majani was also on the ground to oversee proceedings on behalf of the Confederation of African Football.