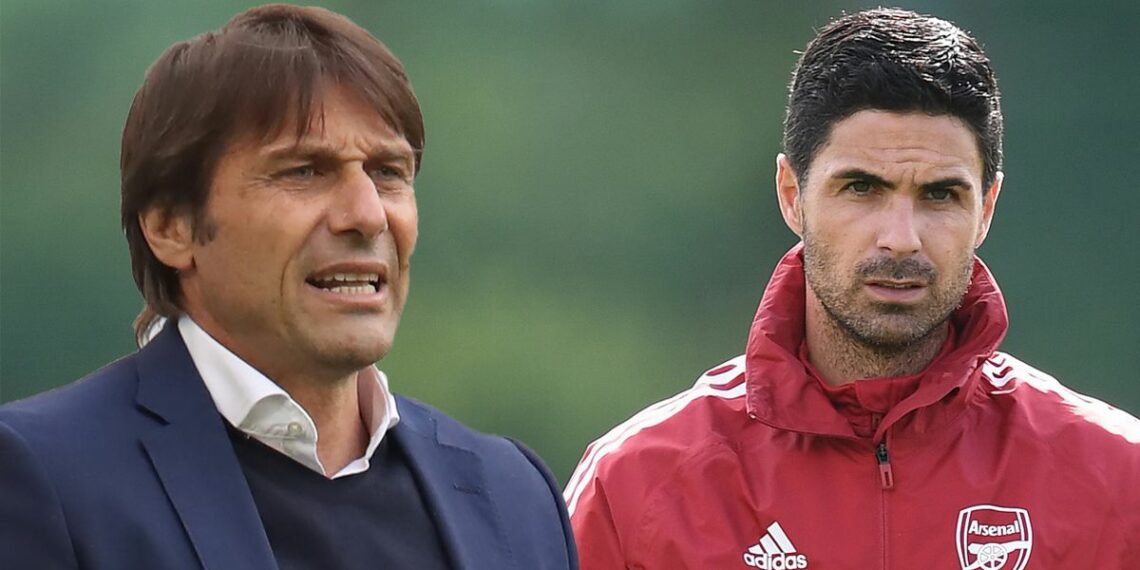 Arsenal players are keen on keeping their top position as United wants to prove a point at City.

The 192nd North London derby will be the most intense in recent memory, with both teams performing admirably in the first seven weeks of the 2022/23 Premier League season.

Mikel Arteta’s Arsenal leads the league with six wins and one defeat, while Antonio Conte’s Spurs are unbeaten. Their objectives for and against are nearly identical.

Arsenal’s Kieran Tierney and Oleksandr Zinchenko are both doubtful for Saturday, while injury to Dejan Kulusevski and first-choice goalkeeper Hugo Lloris may hamper Conte preparations. Will these injuries affect the outcome of the game?

Both Simone Inzaghi at Inter and Jose Mourinho at Roma are having less than ideal seasons. While they are not completely adrift with the pacesetters, they have lost some confidence because of surprising defeats.

injuries to two stalwarts-Romelu Lukaku and Marcelo Brozovic have also hampered Inzaghi’s team, but the Nerazzurri should be buoyed that they have not lost to the Romans in their last five matches.

After seven games, they are separated by one point, but a loss to any of them will sound the alarm bells. Will they both accept a point each and move on?

Sevilla are 15th in La Liga, with five points from six games. Julen Lopetegui is under immense pressure to improve his team’s fortunes, but Atletico Madrid will be uncompromising opponents on Saturday.

This season, Atletico have not been fantastic but they appear to have gotten stronger just before the international break, which could be because of the resolution to Antoine Griezmann’s minutes.

Sevilla has beaten Atletico in two of the last three meetings, but a draw on Saturday will be an excellent outcome. Simeone will be without Sergio Reguilón, José Giménez, Mario Hermoso, and Thomas Lemar, while Sevilla will be without Jesus Corona.

Both teams are in excellent form, but City have Erling Harland, who is wreaking havoc on Premier League defences. Erik ten Hag looks up to Pep Guardiola as a mentor but has to claw back a five-point deficit with a game in hand.

Guardiola will have to do without John Stones and Calvin Philips, though Aymeric Laporte returned to full training during the week.

United have won two of their last three visits to the Etihad and will be confident, but they must be cautious lest the recent upturn in fortunes become a mirage.