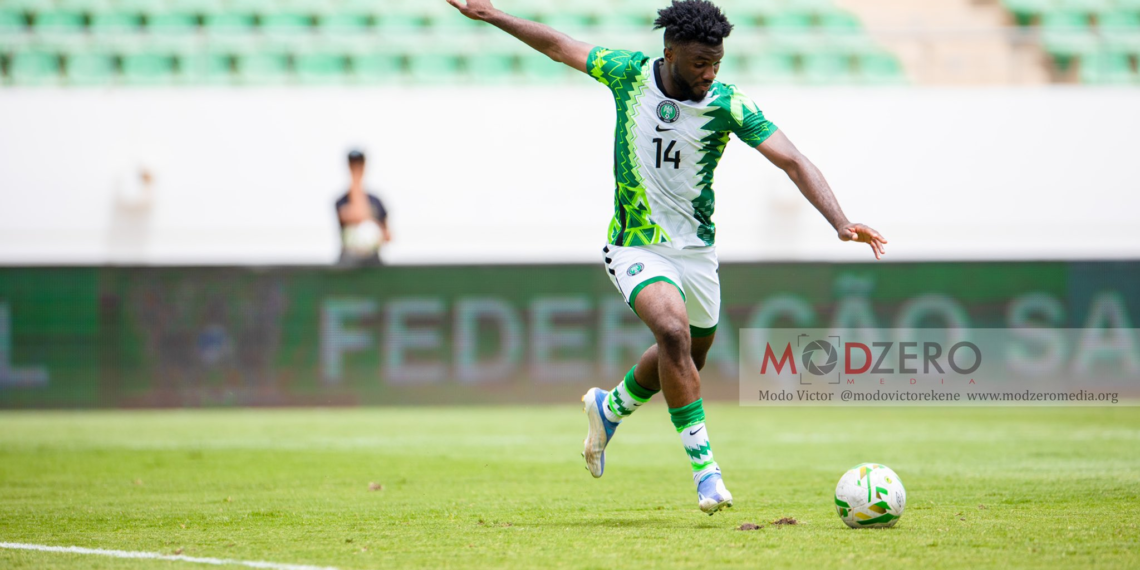 The Desert Foxes of Algeria beat the Super Eagles of Nigeria 2-1 on Tuesday, at Stade Olympique d’Oran.

The match was the 22nd instalment of the football rivalry between the two national teams since 1973.

Two goals on either side of the interval-a penalty from Riyad Mahrez and the second a 40-yard belter from Youcef Atal gave the Algerians the come-from-behind victory. Nigeria had taken the lead through Terem Moffi in the ninth minute.

The Foxes had the better of ball possession in the opening five minutes and dominated their Nigerian opponents, but the Eagles struck first through Moffi, who pounced on a ricochet in the box to score in the ninth minute. It was Nigeria’s first shot on target in the match.

The Algerians tried an immediate response, but the Eagles had settled and easily quelled any goal-bound move.

Coach Jose Peseiro started Frank Onyeka in the holding midfield role ahead of a young defensive pairing of Kevin Akpoguma and Calvin Bassey, who were playing together for the first time.

Riyad Mahrez hit the post in the 19th minute after Youcef Belaïli pounced on Zaidu Sanusi’s weak-headed backless on but after he vaulted an onrushing Francis Uzoho, the ball fell to Mahrez who could only hit the post with his right foot.

In the 23rd minute, the Eagles broke on the counterattack, and with a four versus three advantage, Sanusi made a hash of an attempted cross-field pass to Ademola Lookman. In the 28th minute, Lookman scored but the assistant referee flagged offside though video replays showed he was onside when the move developed from Kelechi Iheanacho’s shot which was parried towards Moffi, who passed to Lookman to score.

Islam Slimani tried to claim a penalty after his header went out for a corner off Sanusi’s head. The referee had a talk with a fuming Peseiro in the 37th as the referee was showing a clear bias in his refereeing. A minute later, he awarded a phantom penalty after the ball was long gone and booked Onyeka. Mahrez stepped forward and sent Uzoho the wrong way for Algeria’s equaliser.

The second half was a physical affair, as the two teams battled for midfield supremacy. Lookman had a good chance to cross in the first minute of the second half, but he dallied and the Algerians cleared the danger.

Slimani headed just wide in the 55th minute. Moffi and Iheanacho linked well in the 60th minute, but Iheanacho’s shot was saved.

A minute later, Algeria took the lead with a belter from Atal, from all of 35 yards. The ball moved in the air, but Uzoho should have saved it.

Coach Peseiro sent on Saviour Godwin, Taiwo Awoniyi, Cyriel Dessers, and debutant Raphael Onyedika, but the Eagles only created a goal-scoring chance towards the tail end when Sanusi’s dangerous cross was cut out for a corner.

There were remonstrations from the Eagles towards the referee at the end of the match, though Coach Peseiro was quick to intervene before any of his players received bookings for dissent.