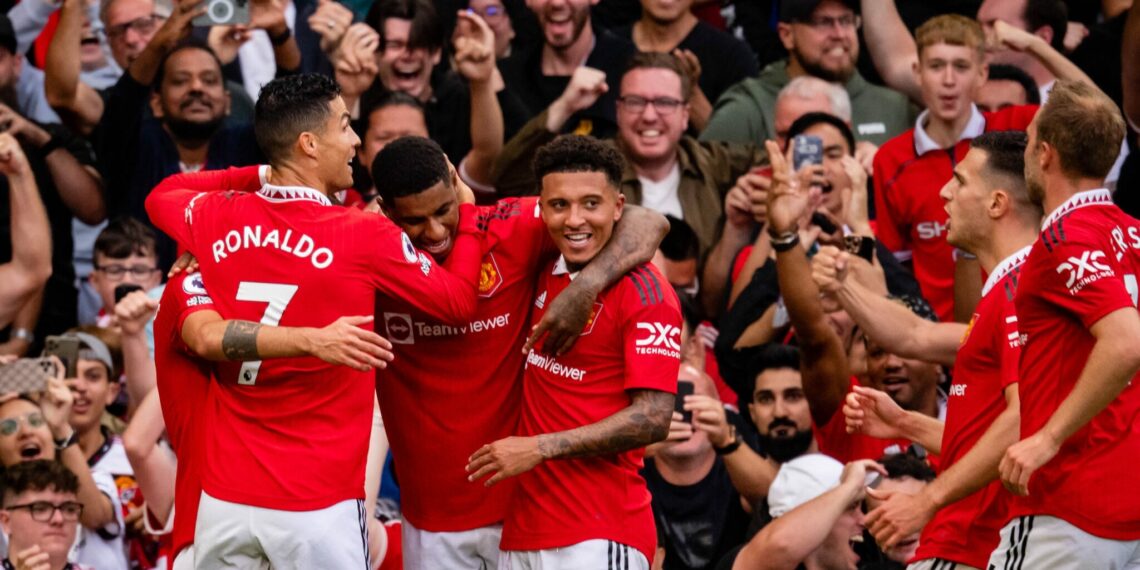 United made it four wins on the bounce and handed Arsenal their first defeat of the season.

Arsenal’s perfect start to the Premier League season was halted following Manchester United’s 3-1 victory over the Gunners in the Super Sunday clash at Old Trafford.

A goal from transfer deadline day acquisition Antony in the first half and two from Marcus Rashford in the second half saw United cruise to their fourth victory on the bounce after a poor start to the season.

Though Bukayo Saka pulled one back for Arsenal, it was nothing more than a consolation as the five-game winning run of Mikel Arteta’s men was finally ended.

The Super Sunday clash between United and Arsenal was eagerly anticipated due to the good run of form of the two teams going into the game.

It was the Red Devils that started on the front foot with a dashing run by Bruno Fernandez into the Arsenal box but the Portuguese did not get the needed support with his cutback.

The bursting start by the hosts was a sign of what was to come as United’s deadline acquisition, Antony, was a mouthful for the Arsenal defence.

The former Ajax star secured United’s first free-kick of the game, even though they did little or nothing with it.

Thereafter, there was an injury scare for Arsenal’s Gabriel Jesus after falling nastily but after being treated by the medics, the Brazilian got the green light to continue.

Despite concerted United pressure, it was the Gunners that found the back of the net first through Gabriel Martinelli but after a lengthy check after VAR advice, the referee, Paul Tierney, chalked off the goal to the delight of United fans and disgust of the travelling supporters.

Arsenal grew in confidence in the game and tried to get another goal for themselves, but while the Gunners had a slight edge in terms of ball possession, it was the hosts that drew the first blood.

Antony, who had a lively display, scored the opening goal with Eriksen and Rashford both contributing to the opener.

United did enough to keep their slim lead into the break and when they returned for the second half, they continued to sit in and rely on the counterattack through Antony and Rashford’s pace.

In the 57th minute, Erik ten Hag pulled off Antony for Cristiano Ronaldo and barely three minutes after the Portuguese came on, Arsenal got the equaliser as Saka latched on to a free ball in the box after Diogo Dalot successfully tackled Jesus.

It didn’t take too long before United had their noses in front again as Eriksen gave a pass to Fernandes who played Rashford in on goal and the England forward lashed the ball into the bottom corner via a deflection to make it 2-1.

Arsenal threw bodies forward for another equaliser and that proved to be their undoing as Rashford was on hand to finish another sweet counterattacking move by the hosts as the game ended 3-1.

Before the Super Sunday clash, there was the seven-goal thriller between Brighton and Leicester City which ended 5–2 in favour of the hosts.

Though Kelechi Iheanacho scored inside one minute, he could not help the Foxes from going down to another damning defeat as they remain rooted to the bottom of the league with just a point after six games.

Gunmen abduct 11 in Ondo as soldiers, police rescue one