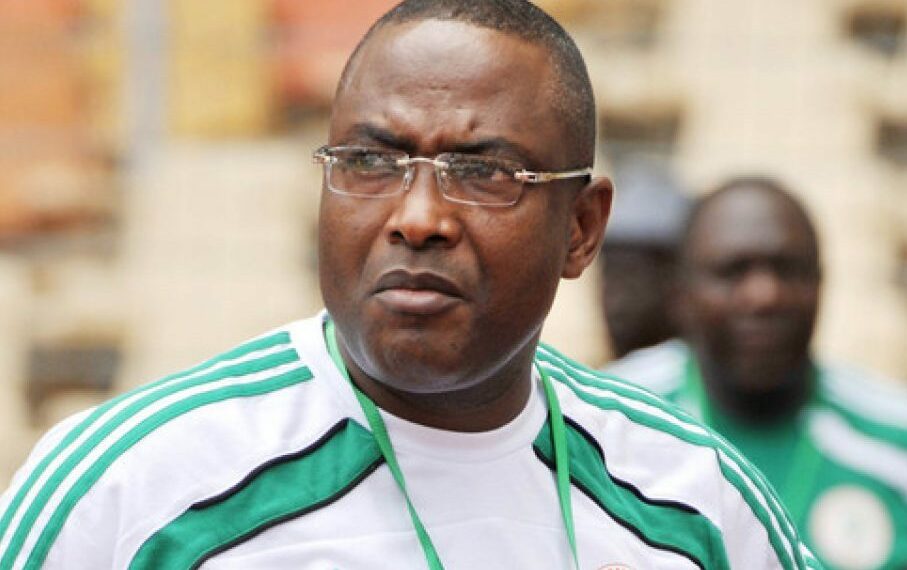 It is the countdown to the NFF elections and camps are being formed to push some candidates.

The News Agency of Nigeria (NAN) reports that they gave their endorsements on Tuesday in Abuja, during Mr Amadu’s official declaration to vie for the position during the forthcoming elective congress.

The NFF Congress had on Thursday at its 77th General Assembly in Lagos fixed September 30 for its 2022 Elective Congress in Benin City.

Mr Gara-Gombe said he has chosen to endorse Mr Amadu’s candidature because he was a man of integrity.

He recalled that it was one of the main reasons which led to his resignation as the federation’s General Secretary in 2015.

“We were at the 2014 FIFA World Cup and the then Minister of Sports rushed back to Nigeria to meet former President Goodluck Jonathan and obtained some money to the tune of 2.6 million dollars as a loan to bail the Super Eagles out.

“The cash was taken in diplomatic bags to the World Cup with the understanding that when the competition’s prize money from FIFA is paid to the NFF, the money borrowed would be refunded to the Federal Government.

“Unfortunately, the money came back and the leadership of the NFF directed Amadu via a text message to pay the money into a private account.

“However, Amadu refused to carry out the instruction and that was how he resigned from his job.

“The leadership had wanted to charge him for insubordination and his response was that he had no issues with transferring the money but that the instruction must be in writing and not via text message.

“He argued that it had never been part of the football association’s financial control system to give instructions to transfer such a huge money via a text message,” Mr Garba-Gombe claimed.

Also speaking, Mr Ikpeba said he decided to come and see things for himself at Mr Amadu’s declaration and he was happy to see the full body of stakeholders well represented at the event.

“I have known Amadu for almost 25 years now and can attest to the fact that he is indeed a man of integrity.

“I am not talking about the politics of the elections in a month’s time, but I have come here to listen and see things for myself.

“We’ve come a long way and I think my presence here today speaks volumes and signifies an intent of purpose and change.

“I think we need change and we cannot shy away from that fact. NFF’s Technical Committee Chairman (Ahmed Yusuf) as well as the League Management Committee (LMC) Chairman (Shehu Dikko) are all here and they are all my friends.

“Most of the State Football Association Chairmen are also here and that says a lot.

“I think all that is left now is for you all to search your conscience and do what is right for Nigerian football,” he said.

NAN reports that also in attendance at the event was a former Chairman of the defunct Nigeria Football Association (NFA), Ibrahim Galadima.

There were also two former General Secretaries of the federation, namely Dr. Tijani Yusuf and Fanny Amun, as well as current members of the NFF Executive Committee.

There were also the Chairmen of Football Associations (FAs) in Sokoto, Gombe, and Nasarawa states, as well as Jigawa, Kwara, Kogi, and Plateau.