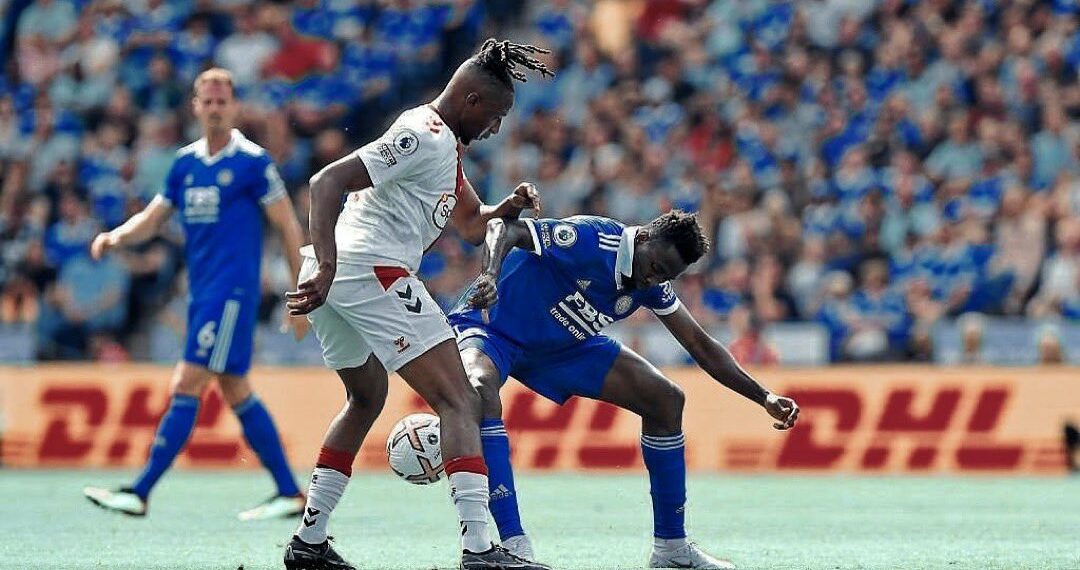 Joe Aribo will understandably be happier among the Super Eagles stars in action in the Premier League on Saturday.

Despite not scoring for Southampton in their clash away against Leicester City at the King Power Stadium, Aribo was on the winning side, unlike his compatriots who either recorded draws or who suffered defeats in Saturday’s games.

Aribo, who returned to the Saints starting lineup, was in action for 88 minutes before making way for Lyanco after being booked for a foul moments earlier.

According to Opta, the Southampton starting lineup which Aribo was part of is the youngest they have ever fielded in their Premier League history at an average of 23 years 238 days.

At the end, the former Rangers star smiled away with all three points in the kitty as Southampton picked a vital 2-1 win over Brendan Rodgers’ Leicester City-their first this season.

The Nigerian duo of Wilfred Ndidi and Kelechi Iheanacho were both in action for the Foxes, with the former starting the game and the latter coming in as a 76th-minute substitute.

Without the dropped Wesley Fofana, Leicester threw away the lead to lose 2-1 at home to Southampton as their tough start to the season continued.

Che Adams came off the bench to score for the visitors in the 68th and 84th minutes, effectively propelling Southampton to their first win of the season on the third attempt.

Elsewhere at Goodison Park, Alex Iwobi and Taiwo Awoniyi were on opposing ends for Everton and Nottingham Forest, respectively.

At the end of 90 minutes, they shared the spoils as the tie ended in a 1-1 draw.

Interestingly, it was the away side that drew the first blood through Brennan Johnson nine minutes to full time, but Demarai Gray rescued the Toffees with an equaliser in the closing stages of the encounter.

Iwobi played for 90 minutes and was booked in the 35th minute. Awoniyi only played for 61 minutes while manager Steve Cooper did not use the new signing Emmanuel Dennis off the bench.

Unfortunately, Iwobi missed a glorious chance to win it for the Toffees, but his effort two minutes to full time saw the ball nestle at the roof of the net.

In the other Saturday games, Fulham beat Frank Onyeka’s Brentford 3-2 while Ebere Eze was a happy man as Crystal Palace thumped Aston Villa 3-1.

Harry Kane, for the umpteenth time, was the hero for Tottenham Hotspur as the English striker scored the only goal in a 1-0 win over Wolverhampton.