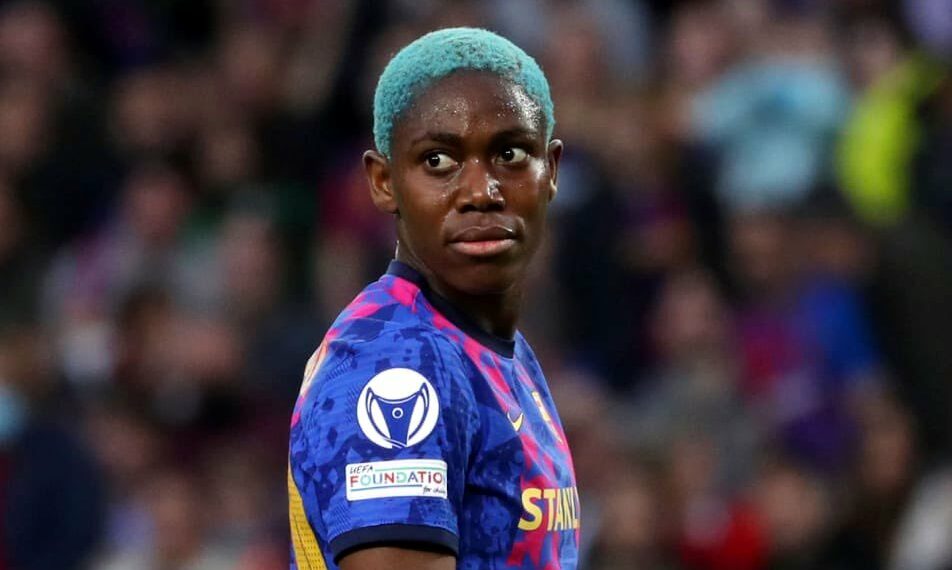 France Football, the prestigious award’s organisers, announced the nominees in all categories ahead of the ceremony, and the 27-year-old Nigerian forward was named to the elite 20-woman list.

Despite a season marred by injuries, Oshoala had an outstanding season with Barcelona Femeni, which explains why she is ranked among the top 20 female football players in the world.

Oshoala has already established herself as Africa’s football queen, having been named Player of the Year by the Confederation of African Football last month (CAF).

Despite missing time because of injury, Oshoala scored 20 goals for Barcelona Femeni, as they won the Primera División de la Liga de Futbol Femenino in Spain.

Oshoala had a limited role for Nigeria’s Super Falcons at the 2022 Women’s Africa Cup of Nations (WAFCON) in Morocco.

A knee injury in the group opener against South Africa’s Bayana Bayana forced Oshoala to withdraw from the tournament.

The Super Falcons finished fourth, but they qualified for the 2023 FIFA Women’s World Cup, which will be held in New Zealand and Australia.

Aside from Oshoala, other Barcelona stars nominated for the award included Alexia Putellas, Fridolina Rolfo, Lucy Bronze, and Aitana Bonmati.