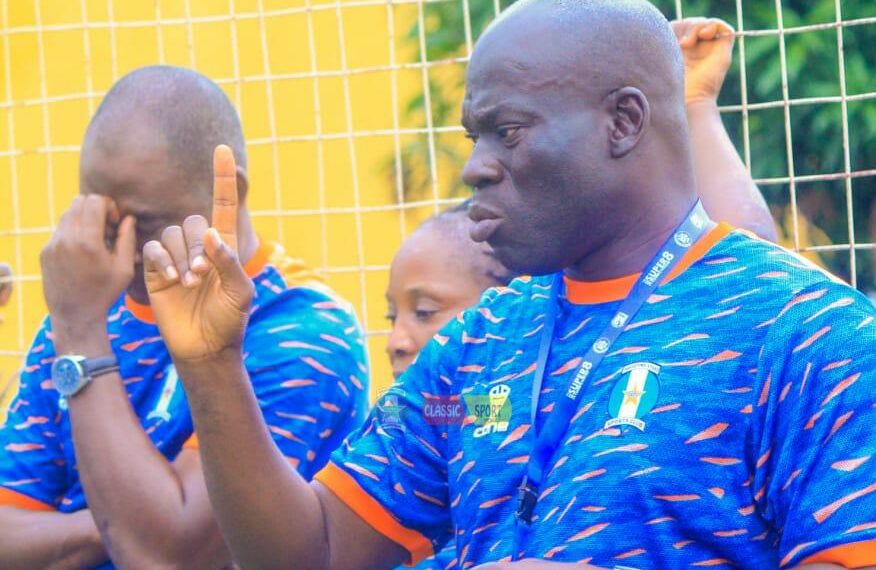 Agoye announced his voluntary departure on Wednesday after nine years

The Management of Ibadan-based club, Shooting Stars has confirmed the resignation of Edith Agoye as its head coach.

“The Management of Shooting Stars Sports Club wishes to confirm the voluntary resignation of the Club’s Chief Coach, Edith Agoye after being with the Team for almost a decade playing different roles of Assistant Coach and Chief Coach of the Senior Team.”

Agoye had on Wednesday announced his departure voluntarily after spending nine years in various managerial positions within the club.

Agoye led 3SC back to the NPFL after a four-year absence, and they survived relegation by whiskers. They were in danger until the last day of the season but finished 16th above Katsina United, Heartland, Kano Pillars, and MFM.

The Chairman of the club, Babatunde Olaniyan appreciated Agoye for the immense contributions made to the club in the last nine years.

“Management noted the immense contributions of Coach Agoye to the growth and development of the Club during his long spell with the Club with particular emphasis on his achievements of leading Shooting Stars Sports Club out of relegation on two (2) different occasions, the recent being the promotion of the Team to the Elite Division One of the Nigeria Professional Football League (NPFL) in the 2020/2021 Season among several other achievements.”

He further added that Agoye would be sponsored by Governor Seyi Makinde for a coaching course in the United Kingdom.

“The Club appreciated Coach Agoye and particularly thanked His Excellency, the Executive Governor of Oyo State, Engr. Seyi Makinde for approving the recommendation of the Club to send Coach Agoye to the United Kingdom for higher Coaching Course (to appreciate his efforts) with a promise that the State Government would foot the attendant bills.

“Management cherished the cordial working relationship it had with Coach Agoye and appreciated his dedication, commitment and sportsmanship while wishing him the very best in his future endeavours.”

Agoye tentatively played for Shooting Stars for four years in three different times and he scored 32 goals in 82 appearances.

Agoye began his professional football career with the Oluyole Warriors where he played from 1994 to 1995 with 21 goals in 41 appearances.

After seven years on the road, Agoye returned to Shooting Stars for another two years where he played 10 times, scoring a goal.

His final stint with Shooting Stars before moving to managerial position was in the 2008/09 season in which he played 31 games and scored 10 goals.

Agoye joined Shooting Stars in 2013 as an assistant to Fatai Amoo. He was elevated to the head coach position after Amoo left the Oluyole Warriors in 2018 with a mandate to secure Shooting Stars promotion to the NPFL.