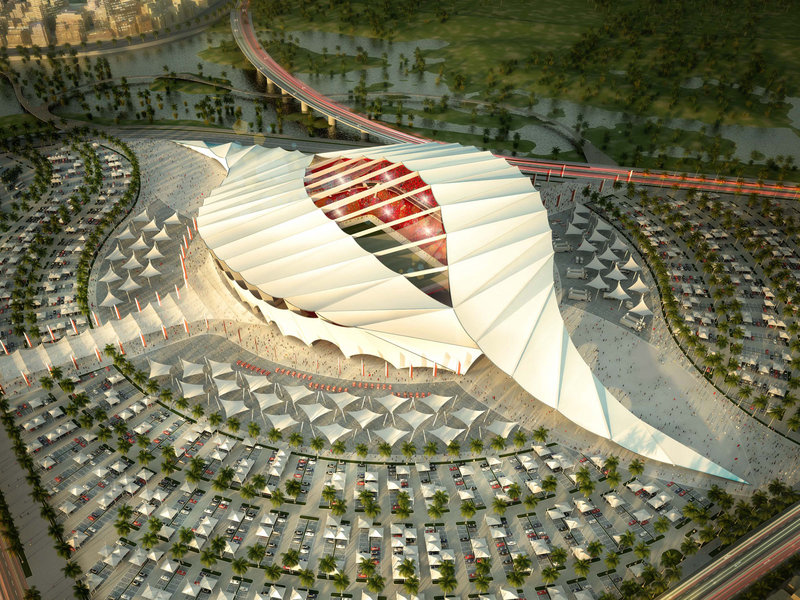 Al-Khor Stadium in Qatar for the World Cup 2022

Under the original tournament format, Qatar versus Ecuador would have been the third of four matches scheduled for the first day of the tournament.

The upcoming football World Cup in Qatar is to start a day earlier than planned to allow hosts Qatar to play the first match.

Dpa and other media have learned that the council of the world governing body FIFA is dealing with a request. The match between Qatar and Ecuador on Nov. 20 would start at 7 p.m. (1700 GMT) at Al Bayt Stadium. FIFA is yet to comment on the issue.

Under the original tournament format, the game would have been the third of four matches scheduled for the first day, November 21 with Netherlands v Senegal, England v Iran and the U.S. v Wales.

Under the requested change, the Netherlands game would move from a 1 p.m. kick-off time to the 7 p.m. time originally for Qatar v Ecuador, while England and U.S. games would not be affected.

The request was made after an agreement of both teams and the South American confederation CONMEBOL. It won’t lead to changes in release dates for players.

The host nation has played the first match between 1958 and 1970, and again since the 2006 tournament in Germany. The 1974-2002 tournaments were opened by the defending champion who is no longer an automatic qualifier.