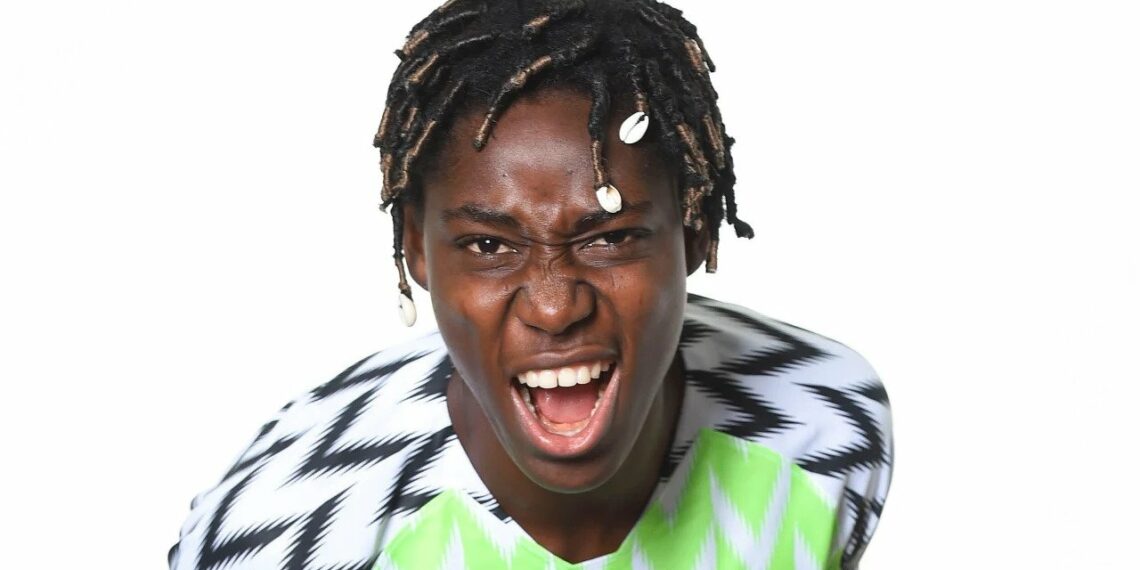 While Thursday’s feat is only a second time winning for Mane, it is a record fifth triumph for Oshoala.

Nigeria’s Asisat Oshoala and Senegal’s star Sadio Mane have emerged as winners of the CAF Player of the Year Women’s and Men’s categories.

While Thursday’s feat is only a second-time triumph for Mane, it is a record fifth accolade for Oshoala, who despite struggling with injuries all season long, was still able to prove her mettle as Africa’s best.

Oshoala was brilliant for Barcelona last season helping her side to a flawless league triumph.

Despite missing out on weeks of action due to injury, Oshoala emerged as the top scorer in the Spanish female league as she clinched the Golden boot after registering 24 goals in Liga Femeni.

For this latest award, Oshoala saw off the stiff opposition from Cameroon’s Ajara Nchout Njoya and Zambia’s Grace Chanda to become the first-ever woman to win this Player of the Year accolade five times.

Before now, Oshoala was tied on four with her compatriot and veteran of the women’s game Perpertua Nwokocha.

Oshoala made an early exit from the ongoing Women’s Africa Cup of Nations after suffering yet another injury in the opening group game against South Africa’s Bayana Bayana.

In the men’s category, Mane retained the CAF Player of the Year Men’s Award after beating his compatriot Edouard Mendy and former Liverpool teammate, Mohammed Salah, to the continent’s most prestigious individual accolade.

Mane, who won the top award when it was last staged in 2019, successfully retained it at the 2022 edition that took place Thursday in Rabat, Morocco.

Now with the German club, Bayern Munich, Mane has always been a key member of both his former club, Liverpool, as well as the Senegal national team whom he helped earlier in the year to their first Africa Cup of Nations title after many years of futile attempts.

Mane was Player of the Tournament at the 2020 AFCON, netting the decisive penalty in the shootout against Egypt as the Teranga Lions won their first crown.

That decisive penalty capped a fine tournament in which Mane weighed in with five goals/assists en route to the final.

In the World Cup qualifying playoff — against Egypt again — Mane got the better of his Liverpool teammate, scoring the decisive spot kick yet again as Senegal ensured they would be one of five African teams at Qatar 2022.

In some of the other categories, Mamelodi Sundowns Ladies FC who won the inaugural edition of the CAF Women’s Champions League were voted as the winner in the Club of the Year Women’s category,

Moroccan outfit, Wydad AC, claimed the Club of the Year Award for the second successive time in Men’s category.

For the Men’s Coach of the Year, Senegal’s Aliou Cisse, who guided the Teranga Lions to their first ever AFCON title, was predictably voted ahead of former Egypt coach Carlos Quieroz and Wydad’s Walid Regragui.

For the Coach of the Year in the Women’s category, Desiree Ellis with her giant strides with South Africa’s Bayana Bayana was voted winner once more.

Player of the Year (Women)

Player of the Year (Men)

Interclub Player of the Year (Women)

Interclub Player of the Year (Men)

Young Player of the Year (Women)

Young Player of the Year (Men)

Coach of the Year (Women)

Coach of the Year (Men)

Club of the Year (Women)

Club of the Year (Men)

National Team of the Year (Men)