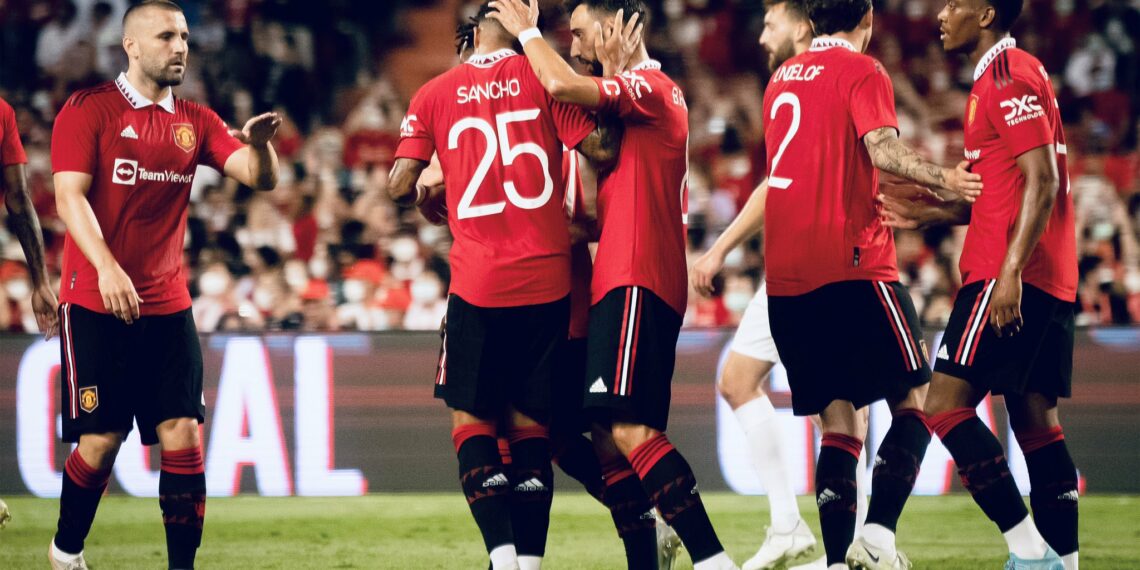 After what was a disappointing season last time out, Manchester United appears to be returning to their old formidable selves under their new Dutch manager Erik ten Hag.

On Tuesday in Thailand, Manchester United brushed Liverpool aside as they romped to a 4-0 win as the two rivals kicked off their pre-season in Asia.

Goals from Jadon Sancho, Fred and Anthony Martial saw United cruising with a healthy 3-0 lead with just 33 minutes of action in the first half

Despite making a flurry of chances in the second half, Ten Hag’s side did not only preserve their lead, but they also added one more to end the tie with an impressive 4-0 scoreline.

The big win was a good first impression though it is still early days to suggest United will have a good campaign under or if Jurgen Klopp’s side will be a shadow of themselves.

Sancho set the tone in Tuesday’s friendly in Bangkok as he scored the opening goal just after the 12th minute.

Liverpool’s young defence could not cope with the rampaging United attack and soon found themselves 2-0 down then another cross was only cleared as far as Fred, who chipped Alisson from 25 yards.

United didn’t wait too long for their third goal as Martial dinked a shot over the goalkeeper after one of the Liverpool full-backs failed to checkmate his run.

The second half was a calmer affair but the crowd were treated to appearances from Mohamed Salah, Trent Alexander-Arnold and new signing Darwin Nunez for the final half an hour.

Facundo Pellistri put the icing on United’s victory with his 80th minute goal after combining well with Amad Diallo before a smart finish inside the area.

The Red Devils will take on Melbourne Victory, Crystal Palace and Aston Villa in their next three pre-season matches.

United will also be heading to Europe to face Atletico Madrid and Rayo Vallecano as they gear up for the 2022-23 campaign.

SPECIAL REPORT: Almost 4 years in office, what has changed in Osun under Oyetola?