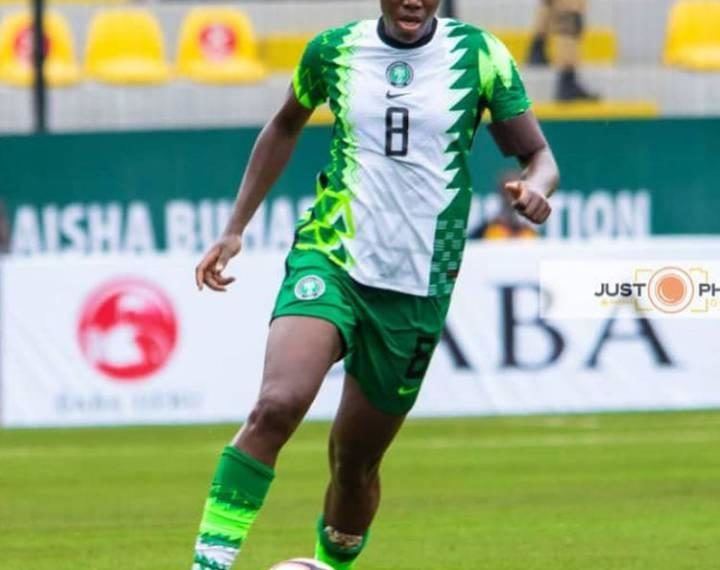 Super Falcons forward Asisat Oshoala has been ruled out of the Women Nations Cup in Morocco due to a “Grade two Ligament injury.”

The 27-year-old suffered the injury during Nigeria’s 2-1 defeat to South Africa in the opening match on Monday. She was later substituted for Francisca Ordega in the 81st minute.

According to the official Twitter handle of the Super Falcons, Oshoala, Nigeria’s star player, will miss the remaining action of the competition due to the injury and immediately return to Spain for medical attention.

“‼️Sad news from @NGSuper_Falcons camp: Top striker @AsisatOshoala is out of the ongoing #WAFCON2022. She sustained a Grade 2 Medial Collateral Ligament strain in the game against South Africa. She is due back in Spain on Thursday. Get well quick Asisat!”

The Barcelona Femeni star spent a couple of months on the sidelines last season because of a knee injury she sustained in February during the Falcons’ preparations against Ivory Coast.

The injury saw her miss the WAFCON qualifier against Ivory Coast in February.

She recovered in April ahead of Barcelona Femeni UEFA champions League cracker against Wolfsburg only to pick another injury in the latter month.