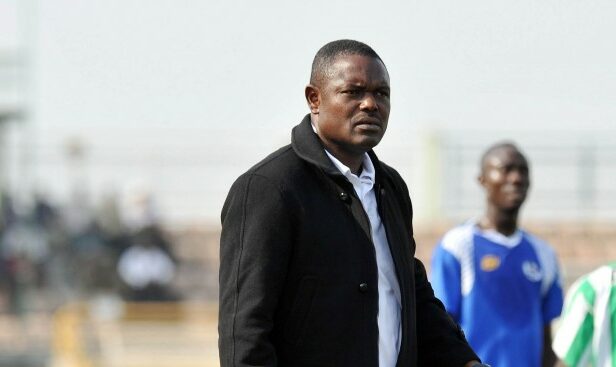 When Rivers United beat Enyimba in Aba and Katsina United in Katsina, Eguma realised his side could become champions.

Rivers United are 2021/22 Nigeria Professional Football League (NPFL) with three games to spare. They were led to this first title by Stanley Eguma, the longest-serving coach in the league.

Eguma has been a constant name in the coaching seat in the NPFL for more than a decade. He started his coaching career in 2008 as an assistant with Dolphins FC of Port Harcourt and he has finally landed the top prize in 2022 with Rivers United.

In an exclusive interview with PREMIUM TIMES, Eguma revealed that the success of this season was a combination of continuity and hard work.

“There is so much. It’s just that one has a longtime program of success and it starts from one day,” Eguma stated, “Like five, two, three seasons, we have been working on the team.

“That’s the progression from two years back. I think that has been and again the determination of the entire team to achieve success this season.”

By matchday 35, Rivers United had the joint-most home wins (16 with Plateau United), the most away wins (5), the least away losses (6), and they are one win away from beating the record number of points a title-winning club has amassed in winning a 38-game league season, which is 73 by Dolphins in the 2010/11 season.

Eguma continues, “That effort, determination, doggedness to achieve it this time around has been the reason. And God being on our side to help us actualise whatever we have planned so far. There is no other secret,” he added.

“We didn’t go for [many] signings,” the 54-year-old revealed. “Because it’s not the signing that matters, but key areas. When you sign a player, it means you have a problem in that department.

“We looked at departments at the end of last season, areas we have problems and we made some improvements in those areas and we rejected some players that didn’t meet up with our own philosophy and culture in the team.

“This season, we started with the continental competition before the league and we proved ourselves because we had some good results during the early period of the season. It was then we now noticed and found out about some players that played in the league.

“On the continent, we even won an away game in Tanzania. If not because of the match we lost to Enyimba on Penalties.

“The key players we brought in augmented the previous players for us to continue our job. It was a work in progress. We integrated them into the team, and they harmonised and we made sure we got our rhythm, which we started last season.

When Eguma realised Rivers United could be champions

“Right from the beginning of the season, I knew [that] because of the players that we signed for the team.

“When we beat up club African in Tanzania in the Champions League, it dawned on me we were going to do well. Even when we beat another team from Equatorial Guinea (Rivers didn’t play a team from Guinea), then I realised this team will do well. We played Al Masry in Aba and we beat them 2-1 to restore confidence in the team.”

Rivers United have sat atop the NPFL table for 31 of the 35 weeks. In the early stage of the season, there was a back and forth with Plateau United, but by matchday six, the Port Harcourt-based side showed no team would easily dislodge them from their lofty seating.

Eguma also revealed the results of some games that showed his team had champions’ stuff in them.

“You know, in the league, every match is tough and important, but there are some tough teams, some very traditional and tough teams.

“When we beat Enyimba early in the league in Aba and we also went to Katsina to beat Katsina United; then I knew this team has the stock to win the league.

“I didn’t use the Nigerian approach in my selection and philosophy this season. I believe that, if I have a team that is doing well, I should maintain the team until I make one or two substitutions when necessary.

CAF certification for coaches in the Champions League

Eguma also debunked claims he will not be on the bench when Rivers United represents Nigeria in next season’s CAF Champions League because of the new requirements by CAF.

According to CAF, as stated on its official website, “Through the implementation of the CAF Club Licensing system, all head coaches of clubs engaged in the 2020/2021 edition of Total CAF Champions League, Total CAF Confederation Cup must have the “CAF A” coaching license.”

To which Eguma replied, “I’m sorry that you haven’t followed our record so far. Let me tell you now that I have the requirements needed by CAF as a coach to perform in any of their matches. I have all the required qualifications.

“I have CAF A. I did my CAF A license course here in Nigeria the last time they held it in Nigeria last year (2021).”

Eguma’s story is one of perseverance and hard work. From 2008 when he started out as an assistant at Dolphins to winning his first league title as head coach has taken 14 years but he has hung in there and finally snagged the biggest football prize in Nigeria.