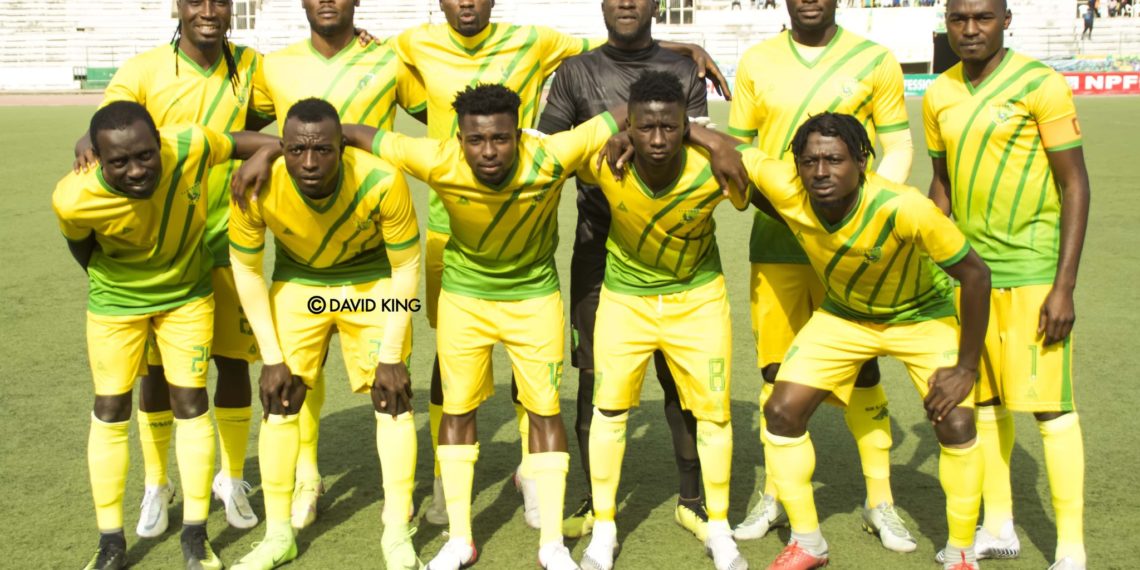 Plateau United have lost their last five away games.

Plateau United suffered a stunning 2-1 defeat to Akwa United on Saturday in Uyo, with new Super Eagles gaffer, Jose Peseiro in the crowd.

The Peace Boys, who have been on the trail of the league leaders Rivers United for a long time, failed to keep up the chase after David Onovo’s strike and Leo Ezekiel’s last-minute winner rendered Jesse Akila’s equaliser in the early minute of the second half of no consequence.

The game began 30 minutes after the scheduled time of 4 p.m. because of a delay in Coach Peseiro’s arrival.

Akwa United, who had a tough time defeating Remo Stars at home, took an early lead in the 12th minute from David Onovo’s finish to Adam Yakubu’s assist.

Five minutes after conceding, Plateau United blew up a chance from Andrew Ikefe, who failed to connect from Haggai Katoh’s set-piece.

Plateau United eventually got an equaliser in the second half from Jesse Akila’s effort in the 52nd minute.

But when the visitors must have thought they had secured a draw, Leo Ezekiel scored from Akpesiri’s pass in the third minute of added time.

Elsewhere, Niger Tornadoes thrashed Kwara United 4-0 in Kaduna. It was another heavy defeat for Kwara United in their last three away games.

An own-goal from Adesina Gata and goals from Jonas Emmanuel, Musa Wakili, and Hashim Shamsudeen helped the Tornadoes leap to the 11th position with 45 points.

The visitors were still recovering after the first goal when Jonas Emmanuel drove his effort past Dele Aiyenugba in the 19th minute.

The defeat dented Kwara United’s continental dreams as they stay in the fifth position with 52 points.