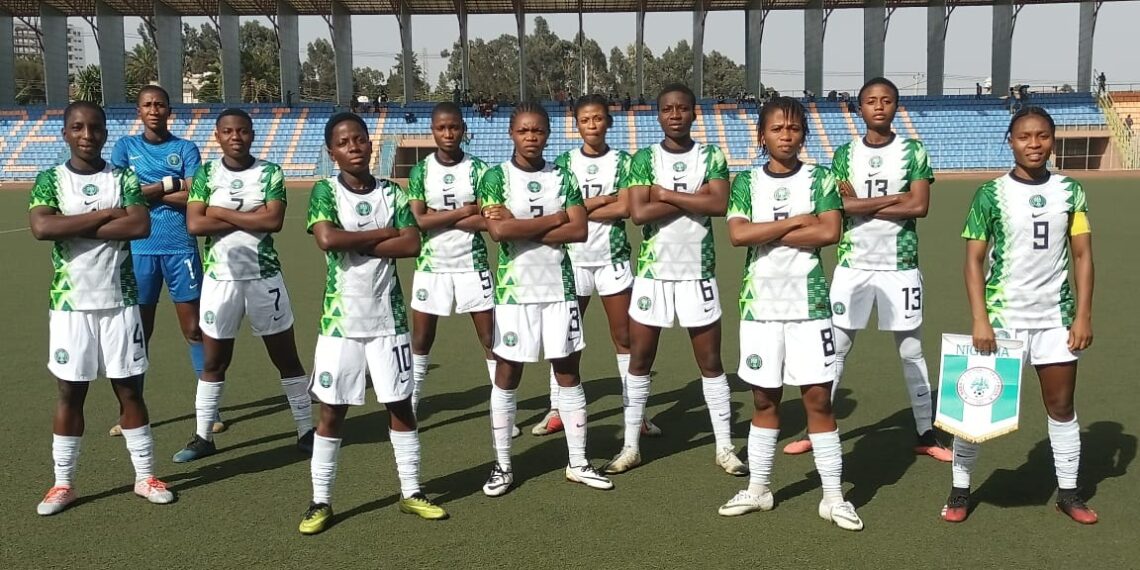 Nigeria’s Flamingos have been drawn in Group B with Germany, Chile, and New Zealand in the group stage of the 2022 FIFA U17 Women’s World Cup that will take place in India.

At the colourful draws ceremony held inside the Home of FIFA in Zurich, Switzerland on Friday, hosts India are in Group A with powerhouses United States of America and Brazil, as well as African representatives Morocco.

The FIFA U-17 Women’s World Cup in India is scheduled to kick off on October 11 and the final is on October 30. India has provided three host cities – Bhubaneswar, Goa, and Navi Mumbai

The Flamingos, who missed the last tournament in Uruguay in 2018, will have to hit the ground running against Germany at 8 p.m. India time on Tuesday, 11th October (same time as the opening match) at the Pandit Jawaharlal Nehru Stadium in Goa.