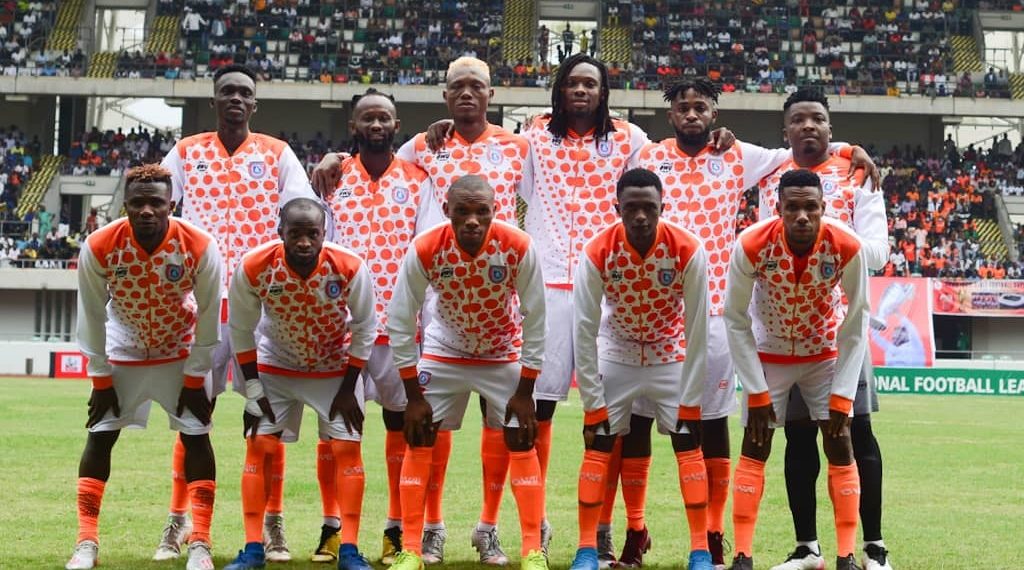 On matchday 33 matches played in the Nigeria Professional Football League (NPFL), there were eight home victories and two draws with 26 goals recorded in the 10 matches played on Sunday.

Akwa United pipped Remo Stars by a lone goal to return to winning ways in Uyo.

Naibe Akpesiri’s header in the second half restored Akwa United to winning ways as they confirmed their dominance over Remo Stars, who they had defeated in Ikenne in the first stanza of the season.

The return of Babatunde Bello from international duty improved the midfield of the home side and the first half ended in a stalemate.

Coach Ayodeji Ayeni’s men were determined to avoid a consecutive draw and intensified their efforts in the second half.

Akwa United continued to look for an opener as David Onovo’s shot from the edge of the box failed to hit the target in the 52nd minute.

The Promise Keepers eventually broke the deadlock with a header from Naibe Akpesiri in the 67th minute.

Akwa United stay in the eighth position with 48 points while Remo Stars are in fifth place with 50 points.

Elsewhere, Shooting Stars fought earnestly to pick a vital three points over Plateau United with a 2-1 victory in Ibadan.

The game was played behind closed doors because of the LMC sanctions as 3SC returned to winning ways in Ibadan.

Malomo Taofeek scored first for Shooting Stars, but Samuel Mathias leveled for the Peace boys in the first half.

Shooting Stars are 12th on the table with 42 points and Plateau United stay second with 60 points.

It was not a sweet return to the Sani Abacha Stadium for the Sani Masu Gida as they dropped points against Wikki Tourists.

Kano Pillars, who have been on a good run of three wins in their last four couldn’t find the answers for Wikki’s resolute defending.

Kano Pillars scored first from Fahad Usman’s strike in the 14th minute and the game seemed to be in Kano Pillars’ favour until Adamu Shafiu shocked the home side with an equaliser in the 33rd minute.

Another chance for Kano Pillars to seal a late winner from a penalty got thwarted after goalkeeper Galadima saved Auwalu Ali’s penalty.

The away point means Wikki Tourists remain in 10th position with 45 points while Kano Pillars are in 16th place with 39 points-two points above the relegation places.

Gombe United and Dakkada shared the points at the Pantami Stadium as both sides played out a 2-2 draw.

Yusuf Abdulazeez netted his 15th goal of the season in the fifth minute but an own goal from Rahman Olarenwaju because of a miscommunication in the 25th minute.

In the 37th minute, Dakkada went back in front through Emmanuel Ayaosi, who went past two Gombe United’s defenders before slotting it past goalkeeper Itodo Akor.

Gombe United, who have not lost at home this season, got an equaliser quickly into the second half from Sani Suleiman’s tap-in from a close range in the 51st minute.

Having dropped points at home, Gombe United stay in the ninth position with 45 points while Dakkada kept their dream of escaping relegation alive by jumping to the 18th position with 37 points.