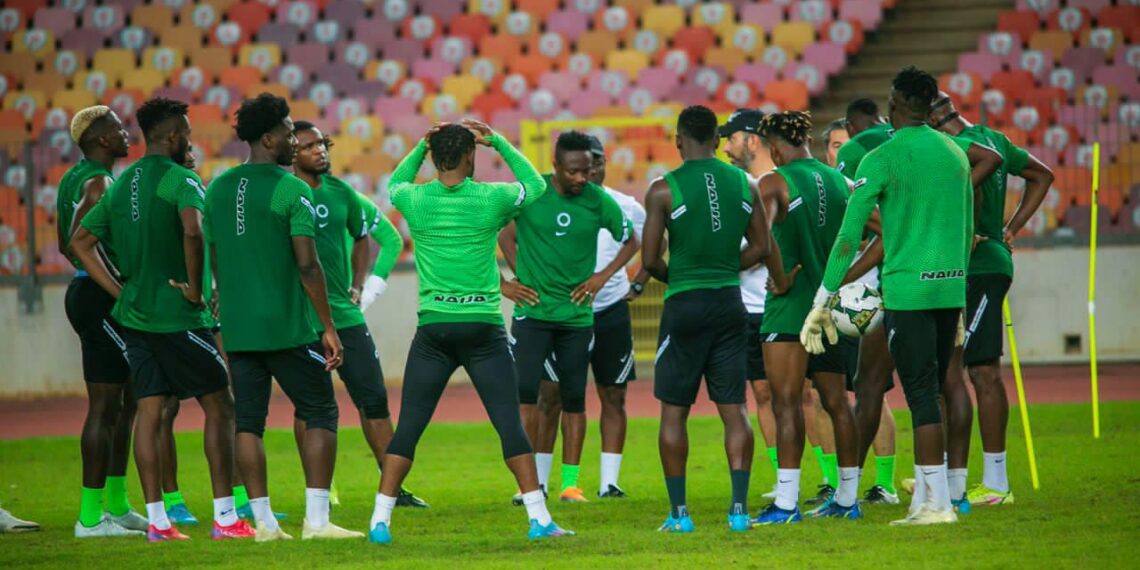 Watching Nigeria against Sierra Leone live at the M.K.O Abiola Stadium, Abuja, is not an option.

After the uneventful outing at the last Africa Cup of Nations tournament in Cameroon, the Nigeria national team are set to begin a fresh qualification quest for the biennial competition taking place next year in Cote d’Ivoire.

However, unlike their previous home games where the Eagles are guaranteed support from their fans, Thursday’s tie at the M.K.O Abiola Stadium, Abuja, will be different as the team serves the first of two-game penalty to play without a crowd.

The Super Eagles will, on Thursday, play in an empty stadium when they take on Sierra Leone in their first group game of the 2023 AFCON qualifiers.

While watching the Super Eagles live at the stadium is not an option, PREMIUM TIMES provides the necessary information needed for fans to be able to keep track of the three-time African Champions.

These are not the best of times for the Super Eagles, especially after their failure to qualify for the 2022 World Cup in Qatar.

The country’s national football team has failed to win any of their last five matches in all competitions – losing three and drawing on two occasions.

The last time the Super Eagles tasted victory was on January 19, 2022, when they defeated Guinea Bissau 2-0 in their last group game during the AFCON tournament in Cameroon

Expectations are high that the Super Eagles can return to winning ways on Thursday but nothing is certain especially against a tricky opponent like Sierra Leone who forced Nigeria to stalemates in each of the last two matches the two teams contested.

What time is the game?

The match between Nigeria and Sierra Leone is scheduled for 5 p.m. on Thursday, June 9.

Since returning from the United States tour where they played friendly matches against Mexico and Ecuador, Jose Peseiro and the Eagles have been training in Abuja around the kickoff time.

What channels are showing the game?

Apart from the dedicated SuperSport channels, which are available on DSTV and GOTV, the Super Eagles game will also be shown on AIT.