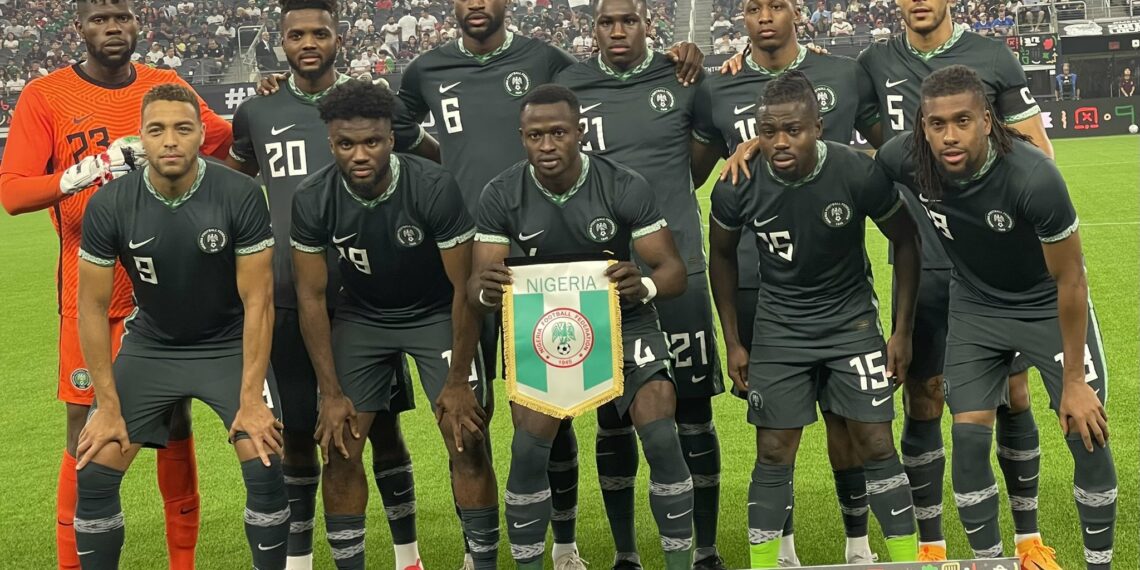 The Super Eagles began their journey under Peseiro with a loss but there are good signs the team is headed in the right direction.

Jose Peseiro would have loved to start his reign as Super Eagles boss with a win or at least a draw, but he had to start with a 2-1 loss to Mexico.

He can take heart when he compares the result to the last time they met last August. Mexico hammered a largely home-based collection led by the former manager Gernot Rohr 4-0.

Also, it needs to be added that the loss on Sunday was on artificial turf and it took the team some time to settle.

Peseiro wrote on his Twitter page, “Although we didn’t win last night, I am very proud of the boys. The team showed character and resilience. A special mention to the four NPFL players who had the chance to debut with the national team. Welcome!”

But there were nuggets to be gleaned from the loss.

The 62-year-old sent out his first XI in a 3-5-2 formation and his two wing-backs in Calvin Bassey and Moses Simon should have linked the defence straight to attack. Bassey made the assist for Cyriel Dessers and joined the attack frequently. Simon ran into some excellent areas but failed to capitalise. His team also applied the press on the Mexican defenders and forced rushed clearances. The spaces between the three units were closer, and that ensured the Eagles were compact and cohesive.

Ekong played just 102 minutes for his relegated side Watford in 2022, so it might be harsh on the defender, but he did not cover himself in glory as he was culpable for both goals conceded by the Eagles. Playing in the centre of a three-man defence, Ekong could not bring the ball out and start attacks.

Aribo can hold down the No. 10 position

The Rangers man played three positions against Mexico but he excelled in the No.10 position where he played in the pocket and tried to find the last pass for his attackers. His quick feet and nimbleness attest to the fact the Eagles will be better served as the most forward midfielder. He also showed his quality in initiating the press.

The home-based players were not out of place

Just like he alluded to in his Twitter post after the match, the four players from the NPFL were not out of place when they came on, though we would have loved to see them earlier in the match. The NFF looks to have made this a priority in his contract and it will be interesting as he settles into his post on how much time he will spend in Nigeria watching the league.

The team will improve

FIFA ranks Mexico at No.9 in the world for good reason and Nigeria, at No.30, gave them a good run for their money. We will get a better look at the Eagles after a week of training under Peseiro when they face Ecuador on Thursday, but the signs are good that the Eagles will become a better team. In an interview with Bode Oguntuyi, Peseiro revealed Nigeria can be the best in Africa because the country boasts talented players, whom he has to knead into a good squad.

The materials are available, what the team needs is good technical leadership.