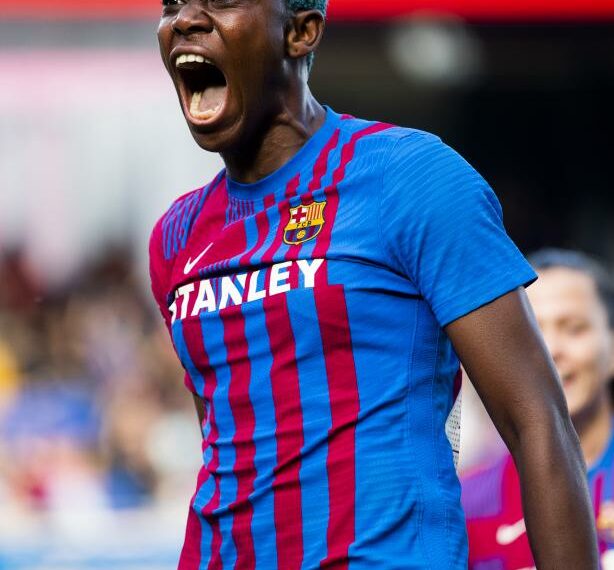 Oshoala and her Barcelona teammates were beaten 3-1 by Lyon

Oshoala and her Barcelona teammates were beaten 3-1 by Lyon as the French club regained their status as European title-holders.

Despite facing a Barcelona team that had been largely invincible all season; winning all their league games, Lyon literally brought the defending champions down to earth with an inspiring performance in Turin.

It took just six minutes for Lyon to break the deadlock, and in just a little over half an hour, they had the game wrapped up with three goals in the kitty.

It was Amandine Henry who opened up the scoring. The 32-year-old midfielder fired in a sensational strike from outside the area and which unsettled Barcelona.

Though Alexia Putellas gave Barca some glimmer of hope when she pulled one back before halftime, it would prove to be merely a consolation goal.

Not even the introduction of Oshoala at the start of the second half could save Barcelona from relinquishing their European crown to the fantastic Lyon women.

Interestingly, Oshoala is the third Nigerian player, in a little over 72 hours, to suffer heartbreak in a continental club cup final.

First, it was the trio of Joe Aribo, Calvin Bassey and Leon Balogun, who came close to winning the Europa League with their Scottish team, Rangers, but were edged 5-4 on penalties by Eintracht Frankfurt.

Then on Friday in Uyo, Olisa Ndah, hoping to end a 27-year trophy jinx with Orlando Pirates, ended up losing in a similar fashion as his compatriots through penalty kicks.