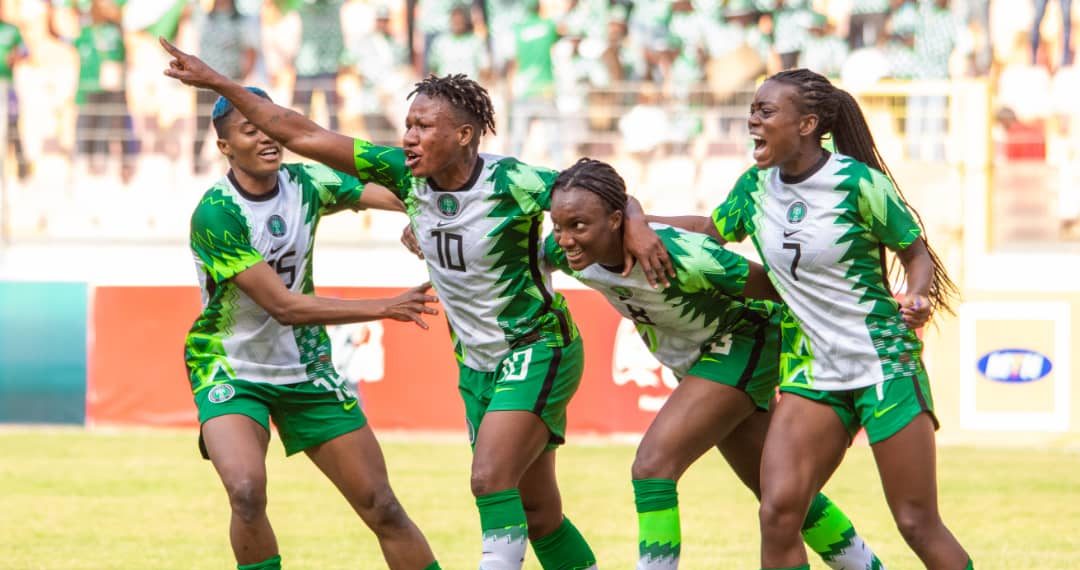 The Super Falcons are in Group C alongside South Africa, Botswana and Burundi for the group stage of the 2022 AWCON in Morocco

Nigeria’s Super Falcons have been grouped alongside the trio of South Africa, Botswana and Burundi in the group stage of the 2022 Africa Women’s Cup of Nations (AWCON), billed for Morocco between July 2 and 23.

The Super Falcons’ group opponents were revealed during the glamorous draw ceremony held at the Mohamed VI Complex in the North African kingdom.

The Super Falcons will start their campaign against the Bayana Bayana before going on to face the other two countries in the group.

That said, Nigeria women’s team is the most successful as far as the AWCON tournament; winning all but two of the previously held editions.

The 2020 competition was hampered by the covid19 pandemic.

Equatorial Guinea won the competition in 2008 and 2012, but have lost their mojo in the past few years; and failed to qualify for this year’s finals in Morocco.

Aside from battling to retain their title, the Super Falcons have to set the modest target of making it to the semi-final in Morocco.

This is because all four semi-finalists in Morocco will fly Africa’s flag at the 32-team FIFA Women’s World Cup in Australia and New Zealand next year.

2023: Why we disqualified two aspirants – Mark

Germany to return over 1,000 looted Benin bronzes to Nigeria – Buhari