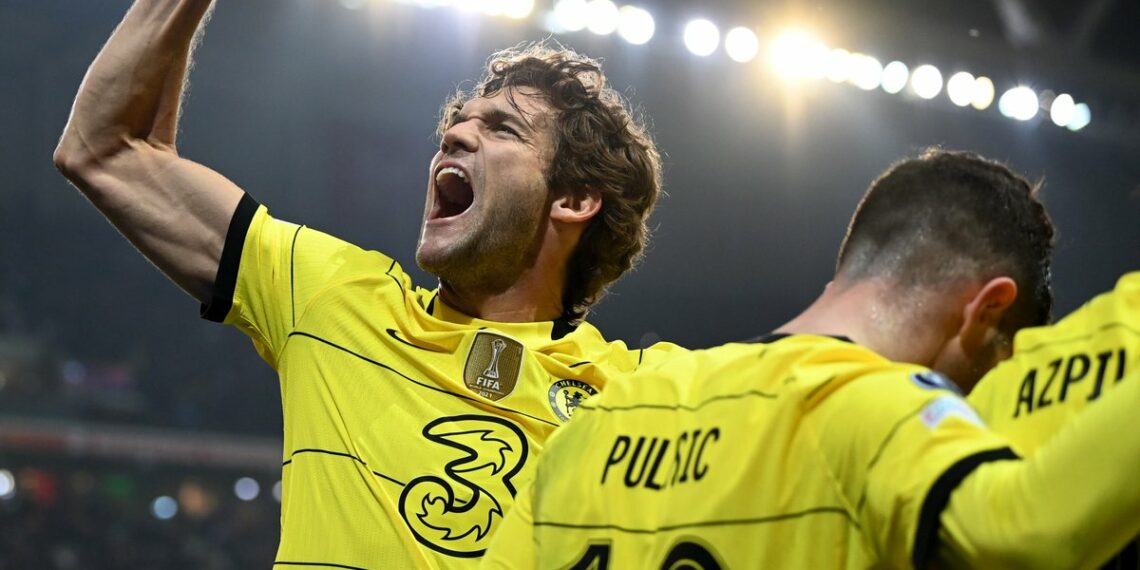 Despite the sanctions surrounding the European Champions, Chelsea have looked purposeful and focused in their recent performances and they confirmed their pedigree on Wednesday by coming from a goal down to Lille at the Stade Pierre-Mauroy in France to win 2-1 and move into the quarter-finals.

Chelsea had won the first leg 2-0 and though Burak Yilmaz gave Lille the lead from the penalty spot in the 38th minute. Christian Pulisic equalised in the third minute of added-on time in the first half. Captain Cesar Azpilicuta’s knee gave Chelsea the lead on the night in the second half.

The defending champions thus ran out 4-1 on aggregate and are in the draws on Friday as they seek to successfully defend the title they won last year.

Lille were relentless from the start of the match, pressing their visitors and the intense pressure saw Andreas Christensen leave the pitch after copping an injury. Trevor Chalobah was sent on in the 31st minute.

Lille eventually scored the goal their play merited when VAR called Jorginho’s handball accident a penalty. The referee Davide Massa had to visit the pitchside monitor to confirm the penalty.

Burak Yilmaz took the spot-kick and sent Edouard Mendy the wrong way to give the homers the lead. It took Chelsea seven minutes to restore parity as Christian Pulisic connected with a good through-ball from Jorginho at the right corner to end the first half even.

Azpilicueta doubled the lead in the 70th minute after he prodded home a Mason Mount cross.

In the other game of the day, Juventus suffered a 3-0 defeat to Villarreal at the Allianz Stadium.

Two penalties were won by the visitors which were converted by the duo of Gerard Moreno and Arnaut Danjuma in the 78th and 90th minutes respectively.

Before Danjuma’s penalty, Pau Torres had scored from a loose ball five minutes from time to send Unai Emery’s side into the next round.