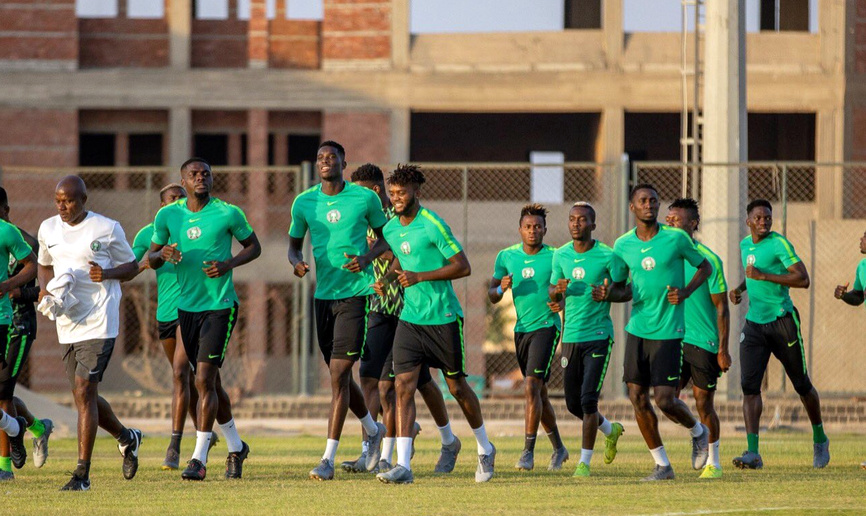 Qatar 2022: Second leg against Ghana set for March 27 in Abuja

The Super Eagles of Nigeria are set to play the second leg of their 2022 World Cup qualifier against the Black Stars of Ghana on March 27, as stated by the Nigeria Football Federation (NFF) communications department on Tuesday.

“Nigeria and Ghana will face off in a pitched battle at the MKO Abiola National Stadium, Abuja on Sunday, 27th March in what is the final leg of a potentially–explosive FIFA World Cup Qatar 2022 play-off round.”

According to the NFF, 27th March, which happens to be the date for the second leg, was confirmed to CAF with the Black Stars yet to decide between 23rd and 24th of next month.

“The Nigeria Football Federation on Tuesday confirmed the date of the reverse leg to the Confederation of African Football, with the Ghana Football Association now to confirm whether the first leg inside the Cape Coast Stadium will be on Wednesday, 23rd March or Thursday, 24th March.”

CAF had last week confirmed the newly refurbished Moshood Abiola Stadium, Abuja, for the second leg fixture for the Eagles, which means the Super Eagles will resume competitive football in the nation’s capital after a long absence.

“The final leg encounter will be the 59th clash at senior level between both West African giants in a chequered 71-year rivalry, and will also be the first game involving the Super Eagles at the country’s premium sporting arena since the Eagles defeated Sudan’s Falcons of Jediane 3-1 in an Africa Cup of Nations qualifying match on 15th October 2014.”