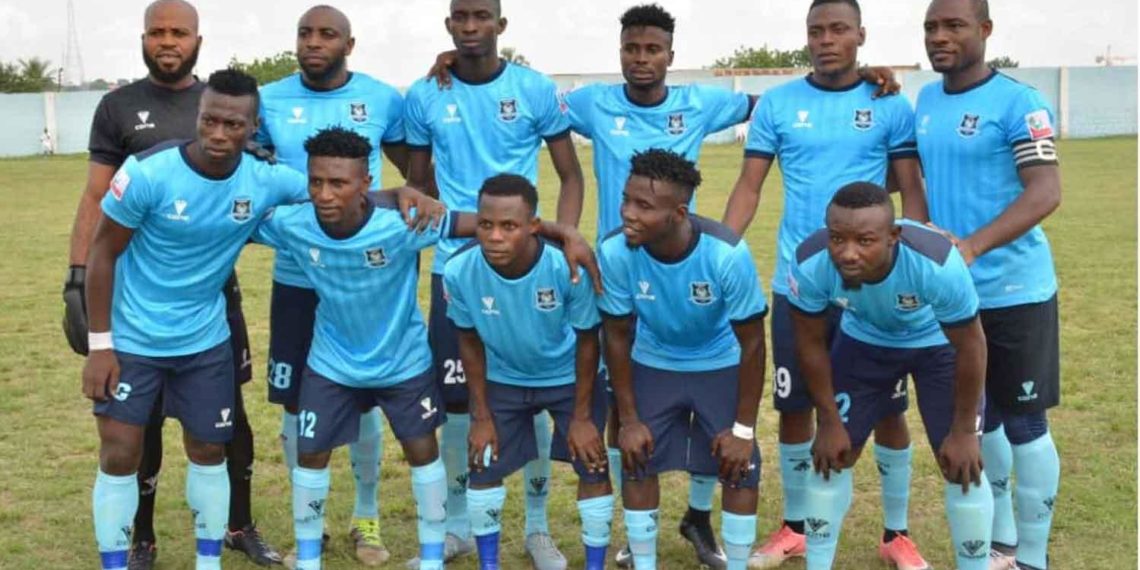 Tornadoes beat 3SC in the final but both clubs return to the NPFL with Remo Stars and Gombe United.

Niger Tornadoes FC of Minna emerged champions of the 2020/2021 Super 8 after defeating Shooting Stars Sports Club (3SC) of Ibadan 3-2 in the final match in Enugu.

At the final match played at the Nnamdi Azikiwe Stadium in Enugu on Sunday, Niger Tornadoes opened scoring through Shamsudeen Asheun in the ninth minute.

Gafar Olafimihan leveled the game for 3SC from the penalty kick spot in the 16th minute.

Ahmed Liman and Augustine gave Niger Tornadoes a two-goal lead in the 57th and 64th minutes before Raheem Quadry reduced the scoreline to 3-2.

The News Agency of Nigeria (NAN) reports that the postponed match between Remo Stars of Sagamu and Bendel Insurance of Benin City ended 2-2.

NAN reports that the match should have been played on Saturday but postponed because Bendel Insurance refused to file out for the match.

Meanwhile, Olafimihan Gafal of 3SC won the highest goal scorer of the season award with 16 goals and the Most Valuable Player (MVP) award.

Giant Brilla FC of Enugu, who survived the season by the whiskers won the Best Behaved Team of the season.

Agoye noted that two good teams met in the final and that he was not disappointed with the result as his team have already made it to the NPFL.

“We are going home to prepare for the premier league so that we will do well to justify all we have put into the club,” he said.

Niger Tornadoes captain, Sunday Akinmolade, said the match was just an exhibition game since the two teams had qualified.

Josiah Oche, who spoke on behalf of his captain, said that the players would justify their achievement in the NNL by doing well in the NPFL next season.