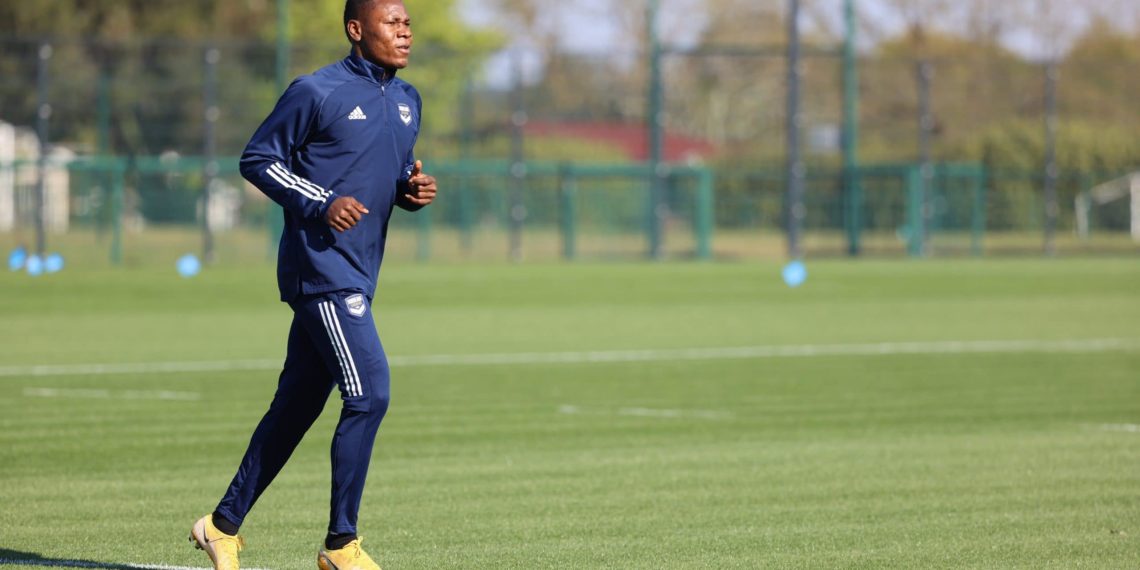 Kalu back in training after collapsing against Marseille

The Nigerian forward is likely going to be in action this weekend.

The situation around the health of Super Eagles forward Samuel Kalu appears stable after he collapsed against Marseille last Sunday.

Kalu resumed training on Wednesday with his French club, Bordeaux.

The club shared a picture of Kalu looking ‘lively’ in training with his teammates, an indication that he could get some minutes in the next game as projected by the club.

There was a scare over the weekend when Kalu collapsed during his side’s Ligue 1 game against Marseille.

The 23-year-old Nigerian international fainted and slumped to the Stade Velodrome pitch in the early stages of the 2-2 draw played in 30-degree heat on Sunday and had to be replaced after 14 minutes.

Vladimir Petkovic told the AFP he was mindful after what happened to Eriksen at the Euros, hence the swift move to withdraw the Nigerian from the action despite getting back on his feet.

“With the medical team, we chose to replace him so as not to take any risks. In these cases, football takes a back seat,” Petkovic said.

After further examinations on Kalu, it was revealed there was no cause for alarm and a swift return was achievable for the Nigerian.

“All the additional examinations performed on Tuesday did not reveal any cardiac abnormalities,” Bordeaux said in a statement, before adding the Nigerian star could be ready to play against Angers on Sunday.

In June 2019, Kalu was also hospitalised after suffering from dehydration while training with Nigeria in the Egyptian heat during the Africa Cup of Nations.

That development saw him have just a few minutes of playing time in Gernot Rohr’s team that went all the way to the AFCON semi-final before being stopped by eventual champions Algeria.

FEC approves N16.6bn for construction of Yobe Airport, others