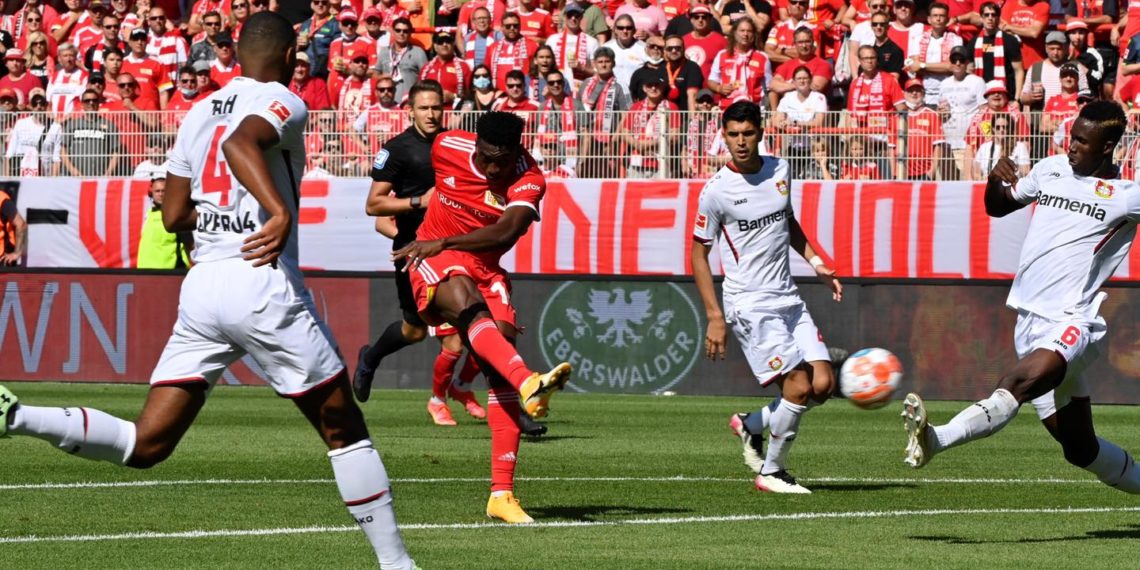 Nigerians were on target in Turkey, France, and Germany

The 2021/22 European football season is up and running.

The French Ligue 1 is already in its second week while the season kicked off in England and in Germany and some Nigerian forwards have shown their intent with goals.

After his full transfer from Liverpool, Taiwo Awoniyi scored Union Berlin’s first Bundesliga goal of the new season last Saturday in a 1-1 draw with Bayer Leverkusen.

Awoniyi’s goal was a stunner, and it came in the seventh minute.

After latching on to a lofted pass from Max Kruse, Awoniyi, controlled on the edge of the box, stood up the two Leverkusen defenders, before shifting the ball and blasting a rocket past Lukas Hradecky.

Musa was making his debut in the Turkish league and Karagumruk and his goal helped his side to an opening day 3-2 win over Gaziantep FK.

The 28-year-old started the match and scored in the 90th minute, showing close control and skill to waltz past two defenders before chipping the goalkeeper to give the home side a 3-1 lead. Musa’s goal was the more important as Papy Djilobodji scored a second goal for Gaziantep FK in the fourth minute of added time.

Emmanuel Dennis has not had it very well in the last 20 months, but the 23-year-old forward got his Watford career off on the best note by scoring Watford’s first league goal of the 2021/22 EPL season.

Dennis latched on to a cutback from Ismaila Sarr in the 10th minute and though his first shot was charged down by Tyrone Mings, the ricochet fell to him and he dispatched his low second attempt past Emiliano Martinez.

Dennis then assisted Sarr for the second goal in the 42nd minute. Also, his replacement in the 66th minute, Cucho Hernández, scored just 49 seconds after coming on. Whoscored awarded Dennis the highest score-8.8, in the encounter.

Chaos in Kabul airport as Afghans and foreigners attempt to flee