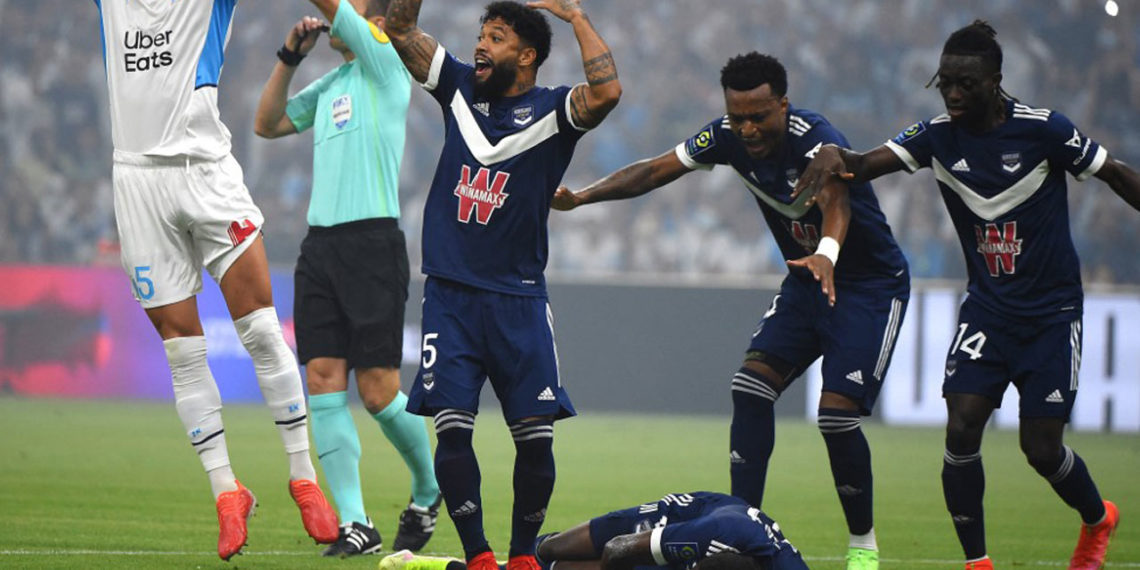 Samuel Kalu collapsed on the pitch

The Nigerian tends to suffer adverse effects from soaring temperatures.

Samuel Kalu fell to the pitch in the sixth minute of Bordeaux’s encounter with Marseille in Ligue 1, with many in the stadium believing he had suffered a heart attack akin to the scenario from Euro 2020 with Christian Eriksen.

Kalu collapsed, standing in a defensive wall for a Dmitri Payet free-kick. There was initial panic as the players frantically called for the medical staff.

After some treatment on the pitch, however, Kalu was able to walk off on his own. Though he briefly returned to action, he was soon replaced by Remi Oudin in the 14th minute.

This is not the first time the Super Eagles forward will collapse on the pitch as he had a prior history while with Nigeria for the 2019 Nations Cup.

Kalu had to be hospitalized in 2019 when he collapsed during training with the Super Eagles just before the start of the 2019 Nations Cup that held in Egypt.

He was said to have collapsed due to extreme dehydration caused by heat as temperatures in Egypt soared close to 40C.

August was predicted to be the warmest month in France and the temperature, within a packed Stade Velodrome, could have been some degrees higher on Sunday.

Vladimir Petkovic told the AFP he was mindful after what happened to Eriksen at the Euros, and they took the path of caution by withdrawing the Nigerian from the action.

“With the medical team, we chose to replace him so as not to take any risks. In these cases, football takes a back seat,” Petkovic revealed.

Bordeaux came back from two goals to draw 2-2 to earn their first point of the new season.

Beware the CBN Act and the Frumious Bandersnatch, By Uddin Ifeanyi