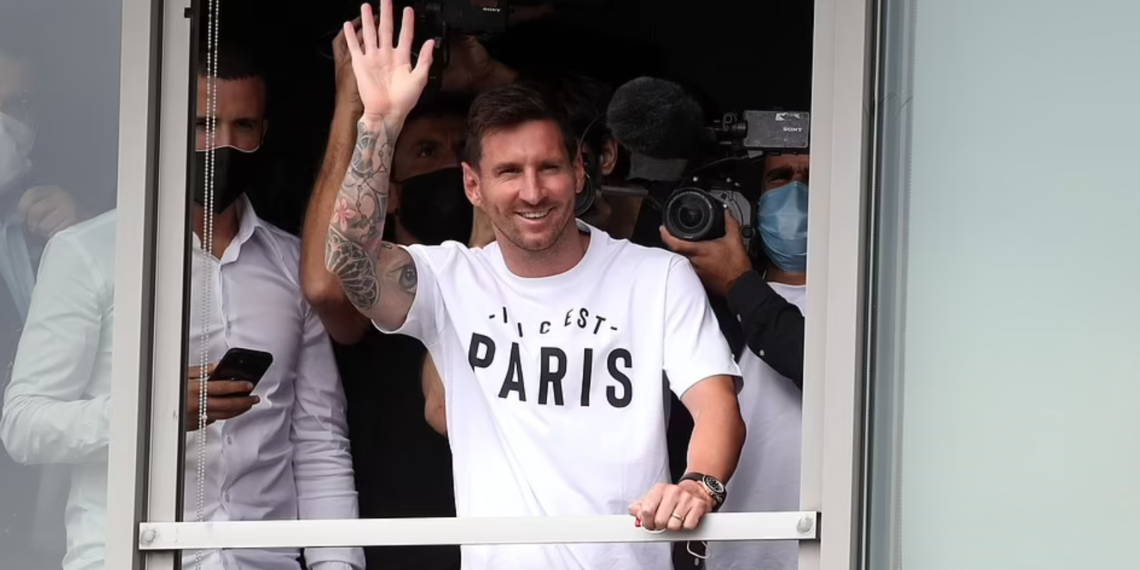 PSG teased their fans and the watching world with a video announcing the arrival of Lionel Messi in the French capital on Tuesday.

The video quickly garnered more than 10 million views as an official unveiling of the Barcelona legend is expected at the Eiffel Tower later in the day.

The 13-second video showed the Eiffel Tower flanked by six Ballon d’Or trophies-an image that properly depicts Messi, as the Argentine is the only man to have won six of world football’s top individual prize. The quirky video also showed an Argentine jersey and a picture of a hand on a document.

Pictures showed Messi landing in Paris while his former Barcelona teammate, Neymar, posted on Twitter-‘Back Together.’ Neymar spent four seasons in Barcelona where an attacking trident that included Messi, Luis Suarez, and Neymar won the 2014/15 UEFA Champions League-the last time any of the three players lifted the famous trophy.

According to the Daily Mail, “Messi’s annual salary will be in the region of €63m (£53m), putting his earnings at just over £1m a week. He will sit in France’s highest tax bracket of 45 percent, leaving his take-home pay at around £550,000 per week.”

The official unveiling is expected any time soon.