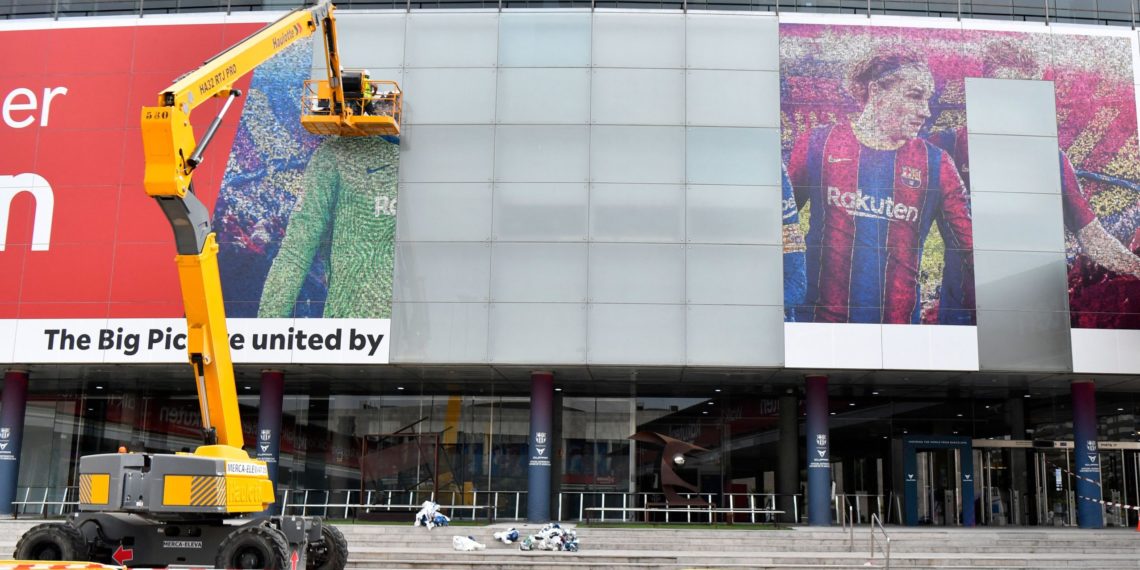 A new dawn begins at Barcelona as Messi prepares to move to Paris.

Reality has dawned in Catalonia that Lionel Messi will not appear for Barcelona in the 2021/22 football season.

That was encapsulated by the removal of Messi’s picture from the outside of the Nou Camp on Tuesday morning [http://t.co/fEzlsYAd9k] just as respected transfer commentator, Fabrizio Romano, wrote on Twitter, “Lionel Messi joins PSG… HERE WE GO!”

Romano added: “Messi has definitely accepted PSG contract proposal and will be in Paris in the next hours.

Sky Sports was camped in front of Messi’s house in Catalonia on Monday and pictures showed Messi in trunks as he went for a swim but reports from many outlets including the BBC are reporting that the deal is in place to start another chapter in Paris with Paris Saint-Germain (PSG).

“It’s all been confirmed. Lionel Messi is going to be a PSG player,” Guillem Balague said on a live BBC radio programme. “That’s it, it’s done. It’s happened in the last few minutes.

“His idea was to do it at Barcelona but it’s going to be PSG. Then if he feels OK he will stay one more year maybe. But in any case, his aim is to be at PSG and then to do well in the Qatar World Cup.”

Messi’s capture is a great coup for PSG and their Qatari owners as they have acquired football’s most revered player with Qatar scheduled to host the 2022 FIFA World Cup.

Over 76% of Nigeria’s agricultural commodities rejected by EU— NAFDAC

Lawyers to boycott court over alleged harassment, intimidation by judge