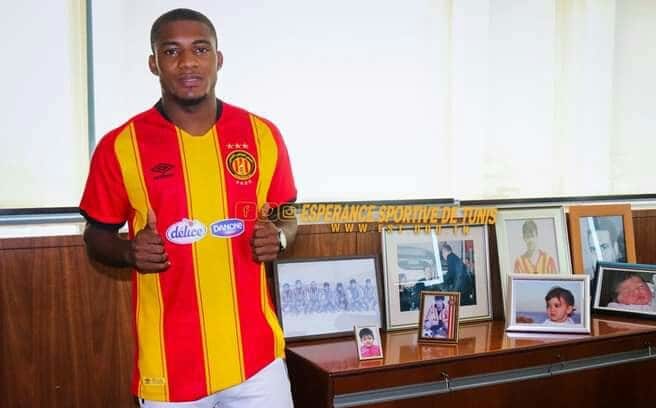 The Nigeria Professional Football League has lost one of its top stars again following the transfer of Anayo Iwuala from Enyimba to Tunisia Ligue 1 champions, Espérance.

The North African team completed the signing of the new Super Eagles winger on Monday.

Iwuala, 22, departed the shores of the country a few days ago to sort out his contract with the former African champions.

After passing his mandatory medical tests, the North Africa club confirmed the erstwhile Enyimba star as their lastest acquisition via a post on their social media handle.

According to reports, Espérance parted with a transfer fee of about $500,000 to NPFL club, Enyimba international for the services of Iwuala.

It is also reported that the dazzling winger will earn around $45,000 monthly salary at his new club.

This move by Iwuala confirms Super Eagles coach Genort Rohr’s claim that players from the local scene often move abroad once they feature for the national team.

Rohr said this in his defence, following criticisms that he does not give room for home-based players in the Super Eagles.

Iwuala has now joined the long list of Nigerian players, who, at different times, played for Esperance.

IBB and the burden of history, By Reuben Abati