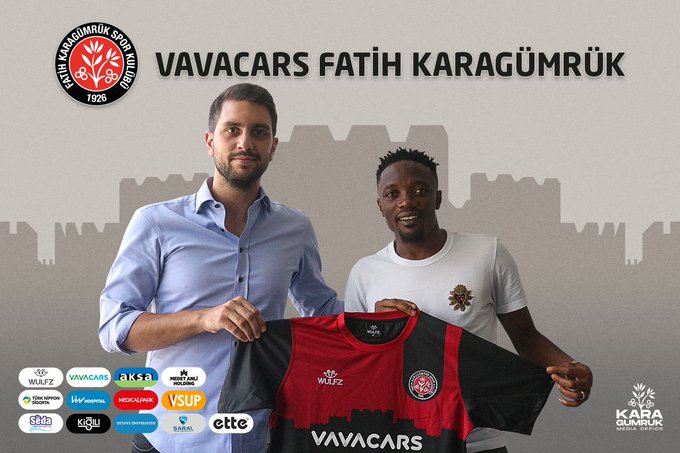 Super Eagles captain Ahmed Musa has actualised his dream of moving to a club in Europe after signing for Turkish Super Lig Club Fatih Karagumruk on Thursday.

Even though he opted for a brief spell at Nigeria Professional Football League side, Kano Pillars, his eyes have always been elsewhere.

“We added the 28-year-old Nigerian offensive player to our squad. During his career, he played for clubs such as VVV Venlo, CSKA Moscow and Leicester City.

“He scored 15 goals in 87 matches for the Nigerian National Team. We wish success to Ahmed Musa under the Karagümrük jersey, signed by our Vice President Serkan Hurma and our Sporting Director Murat Akın.” Musa’s new club wrote as they unveiled the Nigerian superstar

Musa, 28, after leaving Pillars for VV Venlo transferred from CSKA Moscow to Leicester City for a then club record fee of 19.5 million Euros in 2016 before he signed with Al-Nasr in 2018 for 16.5 million Euros.

Musa, who can play on the wings and in the No.9 position, has played 87 matches and scored 15 goals in the Nigerian national team, where he has been playing for more than a decade..

The star player, who played 329 games in his professional career, has scored 88 goals and contributed 63 assists.

Musa’s new club are based in the Turkish capital, Istanbul, and finished eighth in the Super Lig last season.