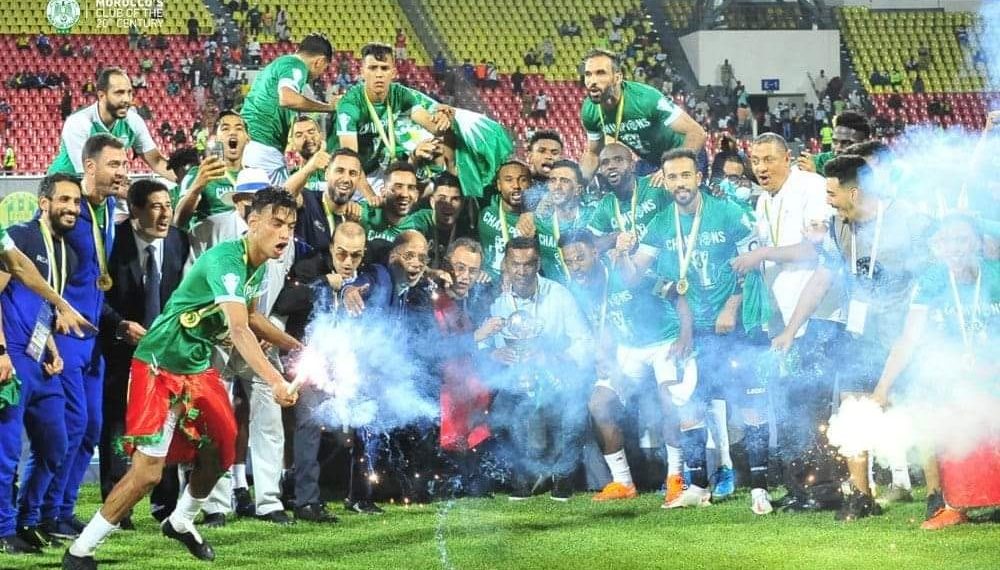 Soufiane Rahimi and Ben Malango scored for Raja within the first quarter of an hour of the game played in Cotonou.

Raja Club Athletic of Casablanca held their nerves to clinch their second CAF Confederation Cup title after beating Algerian side JS Kabylie 2-1 in the final match on Saturday.

Soufiane Rahimi and Ben Malango scored for Raja within the first quarter of an hour of the game played in Cotonou, Benin Republic, to put them in the driver’s seat.

Raja were reduced to 10 men in the 62nd minute when Omar Arjoune was sent off for a high boot.

But the Moroccan side held on to ensure they clinched the victory and their second Confederation Cup title.

Raja got into the lead via a Video Assistant Referee (VAR) awarded goal.

Rahimi ran behind the defence to pick up a decently looped ball from Arjoune before rounding the goalkeeper and tapping into an empty net.

The assistant referee had initially raised his flag for offside, but upon review, VAR awarded Raja the goal.

They were 2-0 up in the 13th minute when Malango swept home a left-footed strike.

The Congolese forward calmly controlled a cross from Oussama Soukhane before tucking it into the bottom right corner.

Raja were controlling the tempo and bossing the chances.

They came close again in the 33rd minute when Abdelilah Hafidi drove into the box from the left but his eventual shot went just inches over the bar.

But in the second half, the game would swing in Kabilye’s favour.

Just seconds into the restart, The Canaries halved their deficit when Boulahia shot low into the net after the Raja defence struggled to clear a cross from the right.

Kabylie’s fight to get back into the game got a massive boost in the 62nd minute.

This was when Arjoune was sent off for a high boot, another decision that had to be confirmed by the VAR.

Kabylie piled the pressure on Raja who defended in numbers.

They had to remain alert for the rest of the game and should have even had a goal late on but could not hit the target.

Off a counter-attack, Rahimi dragged the goalkeeper off his line before cutting back a cross for Fabrice Ngoma, but the substitute chipped the ball wide.

Raja held on their nerves to jealously guard the lead and ultimately clinch the trophy.