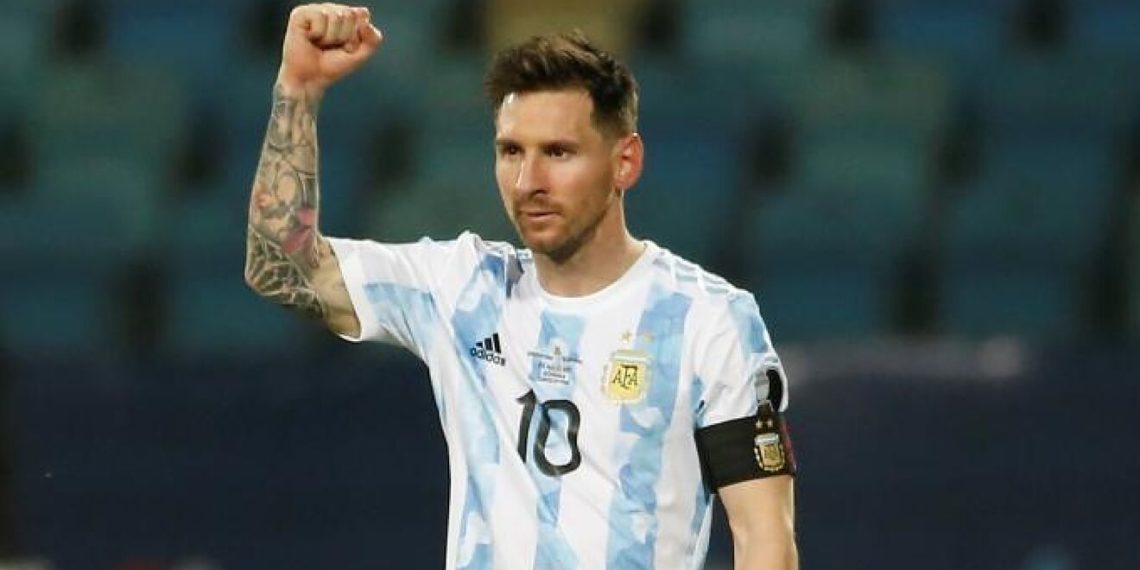 Copa America Final Preview: At 34, this could be Messi’s last chance

Messi returned to the fold and now at 34, the opportunities to win a senior national title for his country continue to dwindle.

Argentina have played in two of the last three Copa America finals-losing to Chile on penalties in the 2015 and 2016 editions, after which Lionel Messi emotionally quit the Albiceleste.

“For me, the national team is over. I’ve done all I can, I’ve been in four finals and it hurts not to be a champion. It’s a hard moment for me and the team, and it’s difficult to say, but it’s over with the Argentina team.”

Messi returned to the fold and now at 34, the opportunities to win a senior national title for his country continue to dwindle.

This Copa America tournament could be the best and last chance for the player, whom many believe is the greatest ever footballer, but whom many Argentines do not believe is even the best player ever in their country’s football history.

Brazil and Argentina have met 111 times with 46 wins for the Selecao while the Albiceleste have 40 wins. Between them they have won seven FIFA World Cups and the Copa 23 times; Argentina with 14 wins to Brazil’s nine.

This will be the third Copa America final between the two countries and Brazil are yet to lose. The Selecao won on penalties in 2004 and thrashed the Albiceleste 3-0 in the 2007 final.

Brazil cannot name Gabriel Jesus as he serves the second of his match suspension though Lucas Paqueta has come into Tite’s side and scored the goal in the quarter-final and semi-final wins.

The major tactical question will be who Tite uses alongside Marquinhos in central defence. Eder Militao started the tournament and played the first two matches against Venezuela and Peru but Thiago Silva has started both the quarter-final and semi-final wins over Chile and Peru though the 36-year-old’s lack of speed was exposed against Peru, especially in the second half.

Nicolas Tagliafico started in the win over Colombia, in place of Marcos Acuna, who has played four matches in Brazil. Will Argentina manager, Luis Scaloni go for Acuna over Tagliafico in the final, and will he start both Leandro Paredes and Guido Rodriguez in midfield to compensate for Neymar’s roaming?

“What I want most is to win a title with the national team. We are more eager than ever to win the Copa.” – Lionel Messi, Argentina talisman and captain

“It is difficult the situation because we see so many Brazilians, so many people in the press who are against and simply do not support the Brazilian team, who have no pleasure and pride in seeing the team, in rooting for us.” – Marquinhos, Brazil defender

The final kicks off at the famous Maracana Stadium on Sunday at 1:00 am, Nigeria time.